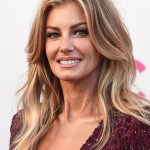 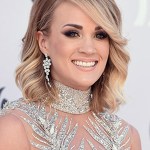 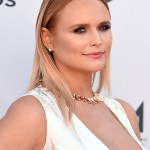 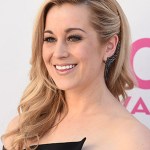 Did you see Carrie Underwood’s amazing legs on stage as she performed at the 2017 ACM Awards on April 2? To get her amazing body, she just revealed her exact daily diet and fitness routine.

7am — BREAKFAST — “There’s always fruit floating around, plus oatmeal, cereal like Kashi Go Lean or Heart to Heart, which I’ve always eaten without milk. (I’m weird like that!) Sometimes, I’ll make a tofu scramble with chopped onions and peppers, which I keep in the fridge, so I can throw them together quickly in a skillet.

I also stock up on frozen breakfast burritos just in case I’m making something for [my son] Isaiah and run out of steam before I can make something for myself. I like the ones from Amy’s, and I recently tried a new vegan chorizo one I liked. I never eat meat and try to eat totally vegan, which is easiest when I cook for myself.”

She’s vegan and says it’s easier to follow when she cooks for herself. “When I’m out, I don’t go crazy about staying vegan — I wouldn’t send a restaurant salad back if it came with something like feta cheese.”

She works out for at least an hour in the mid-morning.

1pm LUNCH — “You can’t beat a sandwich: I have Ezekiel bread with Tofurky, or a fourth of an avocado, a handful of mixed greens or sprouts, and mustard. I love mustard.”

3PM SNACK — “If I’m home, I have an English muffin with peanut butter, but I always keep snacks in my purse when I’m out because I get brain fog when my blood sugar drops — my mouth moves but my sentences don’t make sense. To avoid that, I carry around vegan protein No Cow Bars, which I started buying online after seeing a fitness blogger recommend them; seitan jerky; and a Ziploc bag of cereal, which my son snacks on too.”

6pm DINNER — “I typically make myself a vegan protein like tofu, beans, or a veggie burger with lots of veggies. Mike isn’t vegan, and as an athlete, he needs to go heavy on carbs, so I also make something for him like salmon and mashed potatoes. I don’t love the consistency of potatoes, so I eat whole wheat pasta or rice instead. I used to stay away from carbs, but lately I’ve been counting my macros, which means I try to balance my intake of protein, fat, and carbs rather than worry about calories.”

9pm SNACK — “I’m not a big sweets person, but if I’m craving something sweet I have a square of dark chocolate, some vegan So Delicious Ice Cream, or coconut milk ice cream. Otherwise, I’ll have an English muffin, some toast, or popcorn, since if I don’t eat something after dinner, I wake up in the middle of the night when I hear Isaiah stir, and I’m like, “Damn. I’m hungry!”