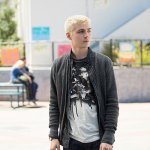 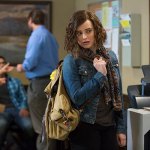 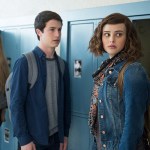 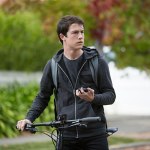 Dylan Minnette and Katherine Langford anchor the stellar ’13 Reasons Why’ with their gripping performances as Clay Jensen and Hannah Baker. By the end of the 13 episodes, they solidified themselves as the new king and queen of young Hollywood.

I binged 13 Reasons Why this weekend, and I haven’t been able to get my mind off this show. The series, based on Jay Asher’s best-selling novel, is the best teen drama in over a decade. In addition to the devastating and important story about a young girl’s downward spiral that leads her to take her own life, the performances by stars Dylan Minnette (Clay Jensen) and Katherine Langford (Hannah Baker) are the main reasons why this show has stayed with me. Their riveting portrayals of these very different characters are raw, real, and show a maturity far beyond their years.

Dylan, 20, whose past credits include a stint on Scandal and a starring role in Don’t Breathe, had the toughest challenge in bringing Clay to life. The character exudes teen angst that could have elicited eye-rolling in the hands of a less talented actor. He’s our guide in the present day as he listens to Hannah’s tapes and tries to figure out why she killed herself. His portrayal of Clay — the “hero” of the series — is calculated and smart. As the episodes go on, his performance builds in force as he’s pushed to confront his grief about Hannah in what is a very real interpretation of grief.

The wall Clay has put up to shield himself from the loss of Hannah, whom he had romantic feelings for, and the overall sh*ttiness of high school begins to crumble in episode 7 when he finally snaps in the school hallway. The sheer intensity of Dylan’s performance is enough to give anyone goosebumps. He’s able to walk Clay to the edge of losing it without coming completely unhinged.

Dylan is able to work seamlessly with co-star Katherine, 20. Her character is only seen in the past and heard in the present. For me, it’s hard for someone’s voice to register with me. I need a physical presence. However, Katherine’s sublime and gripping performance just in the voiceover alone brings Hannah to life in the present day. Hannah also isn’t just any ordinary narrator. She plays more than just that role long after she slits her wrists in her bathtub. She takes us through the pain she suffered over the course of her sophomore year as the detective, judge, and jury of her life.

Hannah’s disillusionment with the world around her is a slow burn. You can see Hannah slowly fading away throughout the episodes, and when she’s raped in a hot tub in episode 12, the lights go out in her eyes. As she says on the tapes, that moment “broke my soul.” I have to applaud Katherine for showing all of this pain with just her eyes. The moment Hannah decides to end her life is jarring, but the physical act of her slitting her wrists isn’t what stayed with me. It’s what happens after. Katherine’s able to convey such peace in Hannah’s eyes as she fades from existence. I can’t get those last few seconds of that scene out of my head.

Katherine and Dylan’s chemistry is palpable, even when she’s not physically in the scene. I want so badly for them to be together, even when I know they never will be. That’s how incredible these two are together. I have to say, the entire cast is great, but Katherine and Dylan are the true breakouts. The weight of such heavy roles could have overwhelmed these two young actors — this is Katherine’s first major role — but they tackled Hannah and Clay effortlessly. After 13 Reasons Why, I have no doubt that we’re going to be seeing Dylan and Katherine around for a long time. The future of young Hollywood is bright, especially with these two outstanding actors leading the pack.