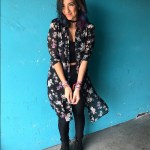 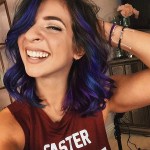 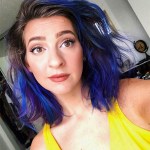 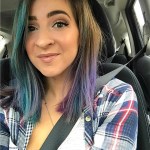 YouTuber The Gabbie Show AKA Gabbie Hanna accused RiceGum on Mar. 28 of assaulting her during a confrontation at a party. It turned into a major feud and you have to see her ‘every single one of ricegum’s lies debunked with evidence’ video.

Yikes! The Gabbie Show aka Gabbie Hanna, 26, posted another YouTube video to dispel “the lies” RiceGum has been spreading about her. The vlogger accused RiceGum of twisting her arm, scratching her, and taking her cellphone out of her hands to break it while at a party on Mar. 28. He disputed what happened during the incident and even posted a video in which he scratched himself and said, “ow he hit me.”

Gabbie posted a video on Apr. 1 in order to give evidence to support her side of the story and claimed RiceGum has been lying. She told viewers that she had hoped to stop talking about the incident, but heard RiceGum has plans to release a diss track about her. “I don’t think this is something that should be an online drama thing,” she said. “Yes, I talked about it online in the heat of the moment, and yes, a lot of drama channels are covering it, but this is much more serious which is why you notice why on Twitter and everything I’ve stopped talking about it.”

Gabbie said the RiceGum has lost his credibility since he cannot keep his story straight and offered clips from her past videos to support what she said. “He’s going around saying that I said that he ‘beat my ass,’ ‘beat the shit out of me’ or ‘punched him in the face.’ I said the exact opposite publicly, right away on multiple platforms,” she told her viewers. She talked through multiple points about statements she felt RiceGum has made that were untrue. Gabbie ended her video on super important and sobering not. “To say that to your [RiceGum’s]  young, impressionable fans – to say that it’s okay to hit someone if they annoy you — that violence an physical aggression is an appropriate response to somebody’s words? It’s not.”

HollywoodLifers, what do you think of Gabby’s latest video? Sound off in the comments below!