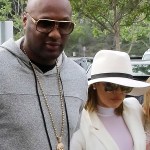 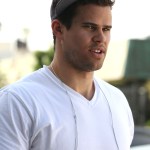 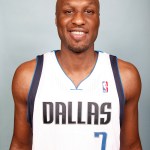 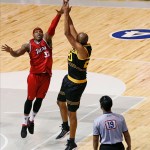 The ‘Kardashian curse,’ aka a hex on any man willing to get romantic with the sisters. But, could it be a thing? Well, Lamar Odom’s not even in the NBA anymore, Kris Humphries…well, yeah, and although Tristan Thompson hasn’t been burned, the Cavs are going through some sh-t…

“The Kardashian curse is every male figure that comes and dates a Kardashian. Their life kind of just goes down hill after that,” Kylie Jenner, 19, said in a June 2016 episode of Keep Up With The Kardashians. So, was it just a joke, or was it the real deal?

The “Kardashian curse” is a phenomenon that dates back to 2000, when Kim Kardashian, 36, dated NFL player, Reggie Bush, 32. Some even believe that the curse continued in 2003 when Ray J, 36, was blasted by the public after his 2007 sex tape with Kim was leaked. However, little did he know at the time that the critics were the least of his worries. Why? — Well, Kim’s career obviously skyrocketed after that, and some would argue that Ray J’s pretty much stood still…

But, let’s break this “curse” down to give you guys some more insight to whether this is actually a real thing or not, especially for athletes…

Lamar Odom, 37: He dated Khloe Kardashian, 32, in Sept. 2009 when he was a star player on the LA Lakers. Things were going great between the two, and he was at the peak of his career. He was submerged into the Kardashian family faster than Kylie changes hair colors. After fast-tracking their marriage in 2009 and moving in together, Khloe filed for divorce in 2013, and the “curse” continued. As you may know, in 2015, she put the divorce on hold after Lamar was found unconscious inside a Nevada brothel that Oct. After that, Lamar was finished with the NBA and Khloe was finished with him. She’s since moved on with Tristan Thompson, 26, [we’ll get there], and Lamar recently revealed some details that have people thinking the curse is the real deal.

He told Us Weekly in their new April 2017 issue that he was disappointed in himself when Khloe once caught him using cocaine. Lamar also admitted that he and Khloe “probably curse” their fragrance they created together when they called it “Unbreakable.” Interesting choice of words, Lamar… On top of that, he also admitted that being Khloe’s man on TV led him to many business opportunities, including opportunities with multiple women, which led to his “multiple affairs.” Ultimately, it sounds like he’s saying his fame from the Kardashians played a part in his own mistakes.

James Harden, 26: He also dated Khloe after they met in June 2015. They ended their relationship in Feb. 2016, after he stuck by her side when she cared for Lamar. James admittedly didn’t enjoy the spotlight; something that’s constantly on Khloe. Although James didn’t have any “cursed” luck after his split with Khloe, his feelings may have taken a hit. In Feb. 2017, he told Sports Illustrated that is was the “worst” year of his life. “I feel like it was for no reason. I wasn’t getting anything out of it except my name out there and my face out there, and I don’t need that,” he explained. “It wasn’t uncomfortable, but it wasn’t me.” Yikes.

Tristan Thompson, 26: Although Tristan and Khloe are going super strong right now, the Cleveland Cavaliers have ironically been performing pretty poorly during their last nine games. A lot of fans are blaming the Cavs losses on Tristan’s relationship with Khloe…

Other athletes who’ve been said to have been “cursed” by the K sisters are:

Although Scott Disick, 33, isn’t an athlete, he’s a Kardashian ex that actually went to see a psychic in 2016, to find out the fate to his future. When Scott thought he had a curse after he and Kourtney’s countless relationship woes, it turns out he was indeed cursed, according to the psychic. Re-watch the epic moment with Kylie and Scott, below.

HollywoodLifers, do you think the “Kardashian curse” is real?