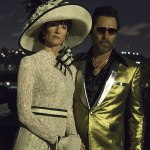 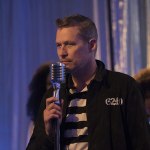 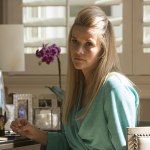 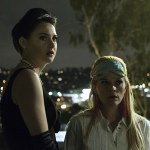 Both the HBO series and the book, ‘Big Little Lies,’ include many many mysteries, but at the forefront it’s who killed who at the fundraiser/parents party. So, we’re here to tell you what went down in the book — WARNING: major spoilers ahead.

The finale of Big Little Lies is set for this Sunday at 9PM on HBO, but for those who read Liane Moriarty‘s book, we already know what’s coming. There are many things still up in the air before the final episode — so in case you’re curious, here’s how the book ends.

Before the epic Elvis/Audrey Hepburn-themed party, Celeste’s son Josh tells her that it wasn’t Ziggy who was bullying Amabella (duh), but it was his brother Josh (duh, again). Before she has a chance to tell Perry, he finds out that Celeste is finally planning to take the boys, leave, and actually move into a new apartment. He beats her nearly to death after this, but then of course, drives in peace to the party.

At the party, the whole gang was there — Nathan and Bonnie, Madeline and Ed, Jane and Renata. When they go outside on the balcony, already all drunk, they’re joined by Celeste and Perry. Perry’s already pissed — he just found out it was Celeste who pays $100,000 to close down Abigail’s virginity website.

This is the first time Jane sees Perry, and it’s then that she realizes “Saxon Banks” was using a fake name: Perry was Ziggy’s father. So she told him, and tells him he’s actually the reason she moved to Pirriwee — she had seen a real estate leaflet in the hotel room that night. He literally didn’t care, told Celeste it didn’t mean anything, and actually shrugged to Celeste.

She threw her drink in his face, and he instantly slapped her in front of everyone, across the face — so hard, she fell to the ground. Obviously everyone snapped, but it was Bonnie — yes, calm, zen, yoga-going Bonnie — who screamed at him and revealed she grew up with an abusive father before shoving him; he fell over the railing behind him to his death.

Obviously everyone came rushing out, knocking over both Madeline and Jane (they broke a few bones). The entire group of husbands and wives all decide they’d defend Bonnie and say they didn’t see anything. Eventually she confessed and is given community service. The story ended with Celeste finally leaving town with the twins and supporting Ziggy with Perry’s fortune — hey it’s partly his anyways.

HollywoodLifers, will you be watching the finale?