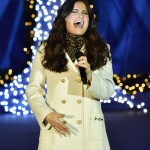 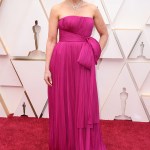 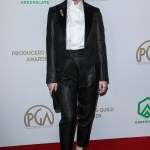 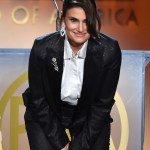 Yikes, Idina Menzel may have just had the most relatable wardrobe malfunction of all time! The actress and singer got caught by the paparazzi with a pair of underwear hanging out of a hole in her ripped jeans. But you have to see her reaction.

Idina Menzel, 45, had us all laughing on March 20 when she shared a picture of her jeans on her Twitter account with something a little unexpected. The “Let It Go” singer proved she has quite the sense of humor by calling herself out about her recent wardrobe malfunction.

While dressed down in a pair of ripped jeans at the airport, Idina wrote on Twitter that it wasn’t until after she passed the paparazzi that she realized a pair of underwear had been caught in her jeans the whole time!

While totally cringe-worthy, we also can’t stop laughing at the close-up pic Idina shared to prove that it really happened.

So went to the airport in cool ripped jeans, and after passing paparazzi I realized a pair of panties was hanging out the whole on knee pic.twitter.com/6SnZpabuAw

Unlike the usual red carpet malfunctions that are the result of missing underwear when a top didn’t fit quite right or a thigh-high slit was too daring, Idina’s mishap was actually caused by her underwear. And, it could pretty much happen to anyone.

While ripped jeans might be trendy, they definitely pose a risk of accidentally wearing an extra clothing item, too. To avoid Idina’s awkward moment, make sure you wash your distressed denim on their own — and don’t forget to check the holes for any underwear or socks that might be hiding before you leave the house!