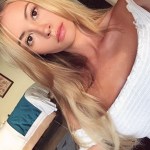 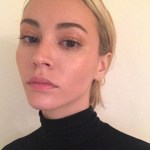 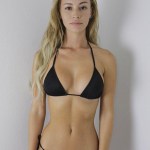 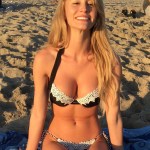 Love is in the air! British actor Nicholas Hoult and Playboy model Bryana Holly are rumored to be the new hot couple in town and totally can’t get enough of each other! Get all the details on their new romance.

“Nicholas and Bryana have been getting close for months now,” the insider told the news outlet. “At first they spent a lot of time in Los Angeles together and even took a trip away to go hiking up the mountains. Bryana has also started flying over to London a lot so she can see Nicholas.” Whoa, if the bombshell is making trips across the pond to see the British X-Men star, that sounds like a great start to a budding romance!

Nicholas must be very interested in making this relationship work if he’s taking time to visit with Bryana, seeing as he’s super swamped at the moment, with five new flicks coming up! “He is very busy with work so it’s hard to get their schedules to match – but when they can see each other they do and they are having a great time together.”

“They’ve been spotted looking really loved-up, going to gigs and movies together and relaxing at Soho House,” the source said of the couple’s outings together. “Bryana used to flaunt her relationships, always sharing selfies with Ashton [Irwin] and appearing on Brody’s reality shows with him. But she’s happy to be more low-key for Nick, which is a great sign.”

Bryana dated Kim Kardashian‘s step brother for a good chunk of time back in 2013, and was even featured on Keeping Up with the Kardashians. However, the couple had a major falling out at the annual Playboy Mansion Halloween party that October, and then all bets were off. As for Nicholas’ romantic past, he was in a committed relationship with JLaw for five years before the two parted ways in 2014.

HollywoodLifers, what do you think of Nicholas and Bryana dating? Give us all your thoughts below!