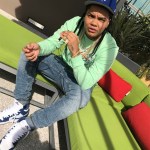 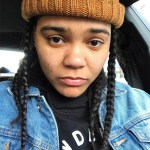 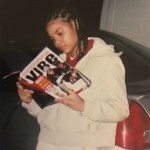 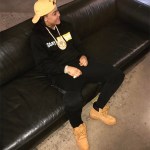 Rumors began flying rapper Young M.A. was arrested in Jamaica for a concealed weapon, which turned out to be a strap-on and you have to see how this insane story happened!

We’re so confused. Rapper Young M.A. has been in Jamaica for her Mar. 11 performance at BritJam 2017, but a wild story has been flying around that she got arrested. According to the now debunked reports, the 24 year-old rapper was driving with two men and three women when she was pulled over in Montego Bay.

The police officers supposedly somehow mistook a 9 inch strap-on for a weapon and arrested Young M.A. She was later released her after the cops realizing the major error. “No we were not arrested,” Young M.A.’s reps told The Tropixs. “We’ve been in the resort all day. Enjoying all of the beautiful weather and atmosphere,” her official DJ Pvnch assured the outlet. Somehow the insane story about Young M.A. getting arrested began making the rounds, but now multiple outlets like Dance Hall Hip Hop and All Hip Hop are denying it happened. Before her performance Young M.A. said, “I can’t wait to perform tonight and bring some Brooklyn energy to the stage.”

Her show was probably amazing given that she absolutely killed it at the 2016 BET Hip Hop Awards back in Oct. 2016. Being that this was her first performance on television, Young M.A. more than surpassed everyone’s expectations and had the entire crowd of the Cobb Energy Performing Arts Center on their feet with her hit track “OOOUUU.” The track has even been remixed by French Montana, 31, and Remy Ma, 36, so Young M.A. has definitely arrived in a major way on the hip hop scene. We cannot wait to see what incredible tracks she debuts next!

HollywoodLifers, what do you think of this insane story? Sound off in the comments below!