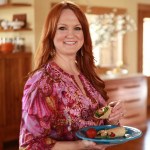 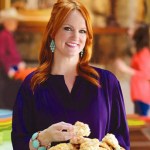 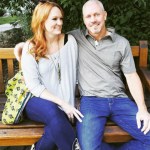 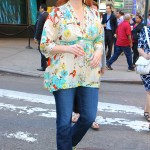 ‘The Pioneer Woman’, Ree Drummond, has been thrust into the spotlight for all the wrong reasons, accused of making a racist joke in a segment from her Food Network show. She’s well known to foodies, but for those unfamiliar, here are some important facts about the Pioneer Woman!

1. She used to be a city slicker

From the Pioneer Woman herself: “After high school, I thought my horizons needed broadening. I attended college in California, then got a job and wore black pumps to work every day. I ate sushi and treated myself to pedicures on a semi-regular basis. I even kissed James Garner in an elevator once. Unexpectedly, during a brief stay in my hometown, I met and fell in love with a rugged cowboy. Now I live in the middle of nowhere on a working cattle ranch.”

2. It all started with a blog

Long before The Pioneer Woman was on the air, Ree ran a successful blog called “The Pioneer Woman”. On the site, she shared recipes and tutorials, and wrote about life living on a ranch with her husband and children.

Ree became the household name we recognize after appearing on an episode of Throwdown! With Bobby Flay in 2010. The show pits the professional chef against home cooks, and their two meals are judged. Bobby flew out to her Oklahoma ranch to showdown over a Thanksgiving meal…and Ree won.

After Ree won Throwdown! Food Network execs were so impressed with her cooking and web following that they gave her her own daytime cooking show, The Pioneer Woman. It follows the same model as the blog: recipes mixed with tidbits about life on the ranch.

A 2012 clip from The Pioneer Woman has been making the rounds online after someone noticed a wildly racist joke in a segment about Asian chicken wings. Ree is under fire for the segment and is defending herself vehemently against the racism claims, a source told us EXCLUSIVELY.

HollywoodLifers, did you learn something new about the Pioneer Woman? Tell us in the comments!