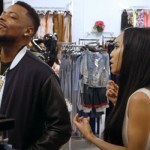 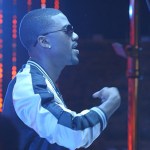 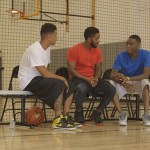 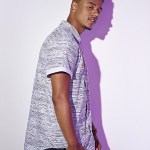 Cougar alert! ‘Love & Hip Hop’s Hazel E and boy toy Rose Burgundy are the real deal, even though he’s still in his teens. HollywoodLife.com has EXCLUSIVE details on why he makes her happier than her ex Katt Williams ever did.

You go girl! We’re going to be meeting the new man in Hazel E‘s life soon on Love & Hip Hop: Hollywood, and get ready for this — he’s only 18-years-old! The 36-year-old started dating up and coming rapper Rose Burgundy back in 2016 and age is nothing but a number for the couple, as their romance has been going strong for months. “This is not a new relationship, they’ve been together since last summer so they’re coming up on a year. It’s the real thing, they’re a couple and they’re serious, they’re in love. Who knows where it will go, but he’s said he wants to marry her so you never know!” a source tells HollywoodLife.com EXCLUSIVELY.

“She started seeing him not that long after her and Katt (Williams) broke up. She’s very happy with him. He’s way younger than Katt, like less than half his age, but Hazel says he’s actually more of a man in a lot of ways. This guy’s all about pleasing her and he’s got endless energy in bed. She feels like she struck gold,” our insider adds. Yowza! Well yeah, of course an 18-year-old guy is going to have nonstop stamina in the sack! At that age a guy’s testosterone levels are through the roof.

Rose is going to have a big storyline with Hazel on the upcoming season of L&HH: Hollywood, so we’ll be able to watch their May-December romance unfold. Hazel had been dating the troubled comedian Katt, 45, since 2014, but his numerous run ins with the law probably got to be too much for her to deal with. Nothing’s more simple than an impressionable young man who she can help make famous!

HollywoodLifers, what do you think about Hazel E dating an 18-year-old? Do you think her relationship with Rose will last?