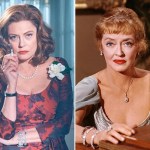 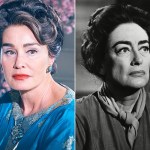 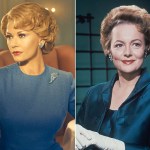 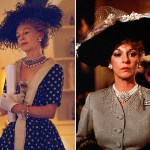 The original Bette Davis and Joan Crawford would be proud — and so would the rest of the cast! Ryan Murphy put together a flawless ensemble for ‘FEUD: Bette & Joan,’ and you have to see the side-by-side shots of the original people and the actors portraying them.

Here’s a full list of who’s playing who in the cast. Be sure to click through our full gallery to see all of the comparisons — some are pretty uncanny.

HollywoodLife.com caught up with the cast ahead of the premiere, and they couldn’t be more excited to start the iconic series. Susan Sarandon, 70, also admitted it’s an important story to tell right now.

“I think it’s still very difficult when you get over 40 to find good parts. There’s a lack of imagination in telling those stories. But I think the thing that’s changed is there’s a lot more female actors who are developing projects and telling stories and supporting other women,” she told us exclusively at the premiere. “I don’t think that women these days see other women as, maybe their competition but not their enemy. I don’t think, I think that women, at least the ones I know, embrace their own power base.”

She added that now, at least in her circle, women can really support each other more. “I don’t know any of my peers, or younger, that are calculating like that against women. I think that kind of dynamic obviously is encouraged in reality tv and stuff like that but I don’t think the actual working women, I think they’re very supportive of each other,” she added. “I think they might be envious of an opportunity but they’re not necessarily going to feel they have to knock out the other women that is getting the job. Maybe in the ice skating world, I don’t know. I don’t think in our business. I think we need each other too much and together we’re stronger.”

FEUD: Bette & Joan premieres on March 5 at 10PM ET on FX. Will you be watching?