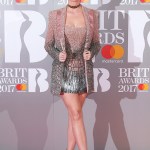 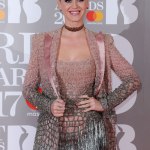 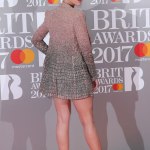 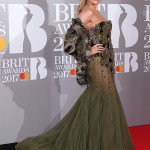 Leigh-Anne Pinnock’s Brit Awards look was a total #TBT as she stepped out in a full-on denim gown, totally channeling one of the most iconic red carpet moments of all time: when Britney Spears and Justin Timberlake rocked head-to-toe denim to the 2001 AMAs.

Leigh-Anne Pinnock and the rest of the lovely Little Mix ladies brushed off their most interesting looks as they hit the red carpet at the 02 Arena for the 2017 Brit Awards on Feb. 22, where they rocked a slew of totally different outfits, serving up an array of trends. There were daring slits, elbow-length gloves, feathers and bondage-inspired bodices, but Leigh-Anne managed to steal the spotlight in her strapless denim gown — and that’s because you can’t step out in a full-on denim gown and expect us not to reference one of the iconic, pivotal red carpet moments of our generation — when Britney Spears and Justin Bieber showed up in clone couple, his-and-hers, double-denim from head-to-toe for the 2001 American Music Awards!

Seeing Leigh-Anne in the form-fitting denim frock served up some serious Britney vibes. I could not have shipped Britney and Justin harder in 2001, but even I was worried that the couple wasn’t strong enough to make it through the stress induced by their red carpet denim moment, so I am surprised to see Leigh-Anne in her latest look. With that being said, I have to hand it to her — even if she showed up sans panties with a buzz cut and an umbrella in hand I would still have to applaud her for channeling one of the biggest current icons in pop music.

While a denim gown may seem a bit severe, denim dresses are a major Spring 2017 trend, so you can definitely expect to see a whole lot more of the look this season. Not only do I applaud Leigh-Anne for staying ahead of the trend and putting her own twist on the look, but let’s not forget it is an award show — sometimes it’s fun to really go all out and sport something daring. Hey, at least she knows how to keep things interesting on the red carpet?

What do you think of Leigh-Anne’s interesting fashion statement? Do you think she was channeling Brit Brit or do you think her denim look was just a coincidence? I’m also dying to know whether or not anyone out there is planning on suiting up in a denim gown anytime soon.