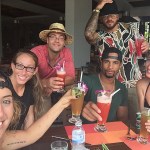 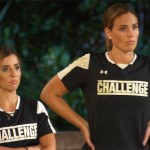 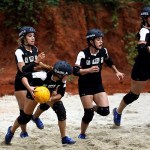 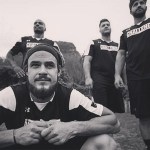 This week on ‘The Challenge: Invasion,’ the rookies will be shocked when they find out that eight Champions are joining them to compete for their share of the $350,000 prize. However, they’ll also finally see the Oasis — and we can give you an exclusive first look right here.

In these photos, you see that The Oasis is quite the upgrade to The Shelter (yikes) that the rookies are currently living in on The Challenge: Invasion. However, it’s only one thing that’s about to change.

Right now, here’s who already has access to The Oasis: Dario, Nicole, Kailah, Tony, Hunter, Ashley, Cory, and Jenna. So, it will be interesting to see how they react when they find out the heavy hitters are being brought in. This week, the remaining underdogs will compete for the final spots in The Oasis — and after that, they’ll find out this season’s twist: eight champs are being brought in. CT, Johnny Bananas, Darrell, Zac, Camila, Ashley, Cara Maria and Laurel will all join the group — and it’s about to get ugly.

‘The Challenge’ See Photos of The Oasis

Darrell, who’s returning for his seventh challenge after a few years off, told HollywoodLife.com that he knew things would be a little different now. “I felt the kids would look at me like, why is he here? But they actually knew me, so that was cool,” he said, adding that the newbys actually grew on him through the season. But his biggest competition was still a heavy hitter — CT. “I know that he has physical [strength] and that inner tiger, that will to win. He has that desire. We have that same drive in us,” he told us. “He still has it — that hunger to win, that will power. Mind over matter. He doesn’t panic!”

HollywoodLifers, are you excited to see The Oasis? The Challenge airs on Tuesday at 9PM ET on MTV.