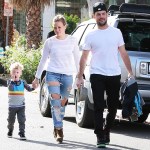 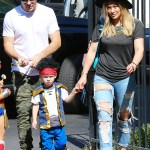 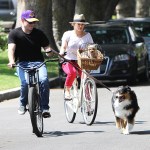 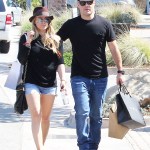 “Mike [Comrie] is disappointed about the rape allegation because he knew the person concerned, but he’s confident that his name will be cleared in time. At this time, he has still not spoken with the police about it and their investigations are continuing. Mike is trying to remain positive and upbeat until the incident is resolved. One of the reasons that he split with Hilary [Duff] was that she did not approve of his partying, but he believes that these accusations are totally false,” a source tells HollywoodLife.com EXCLUSIVELY.

And on Friday, a LAPD spokesperson revealed, “At this time, we are classifying it as an ‘open case’ while the detectives still gather more information, no charges have been filed to date.”

Mike began dating Hilary in 2007, and they later got married in 2010. Then, they welcomed their son, Luca Cruz Comrie, 4, in 2012. Sadly, Hilary filed for divorce in 2015, citing “irreconcilable differences,” while seeking primary custody for Lucas. The two eventually finalized the split in 2016.

HollywoodLifers, do YOU think Mike Comrie’s name will be cleared in the rape case? Tell us how you feel below!