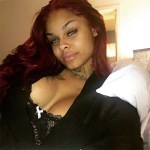 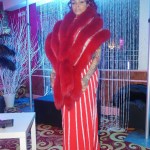 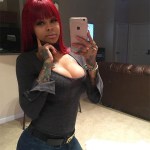 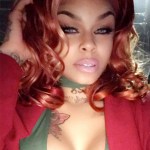 Safaree Samuels has a new leading lady and she goes by the name ‘West Coast Barbie.’ The rapper plans to introduce her to the world on the next season of ‘Love & Hip Hop’ and they’re already flaunting major PDA! Check out her sizzling pics!

Safaree Samuels, 35, and his new girlfriend Star Divine, aka “West Coast Barbie” are ready to go public! The lovebirds flaunted major PDA on Feb. 14, by sharing two sexy photos where she’s clad in lingerie and he’s posing shirtless. Star wrote, “Hey Big Head, In Real Life 😇 #HappyValentinesDay 💕.” Her other caption read, “You All Are Very Upset & We’re Just Sooo Happy 😍😘.” She’s reportedly going to be featured on the upcoming season of Love & Hip Hop: Hollywood, meaning viewers will get even more juicy details on their blossoming romance.

It’s clear these two are pretty crazy about each other, since Safaree went all out for the romantic holiday! The “Can’t Lie” rapper filled the house with red heart balloons, even spelling out her name in huge gold letters. She took to Instagram to show off her beau’s sweet gesture, writing, “Look at what I came home toooooo!!!! I have been BLESSED with the BEST man in the WORLD.”

Safaree even shared a hilarious behind-the-scenes clip of his preparation. He wrote, “If you didnt rent a Uhaul to get your valentine her gifts you didnt try hard enough. and this was just the 1st of the trips to get 400 balloons. not gonna let you see what the trail led too but im such a nice guy.”

Safaree was last romantically linked to Nikki Mudarris, who also stars on Love & Hip Hop: Hollywood, so things are bound to get interesting! He even dated Nicki Minaj from 2002 to 2014. Her album The Pinkprint, which dropped in 2014, was inspired from their very public split. However, they’ve both clearly moved on, and now fans can’t wait to meet his new leading lady!

HollywoodLifers, are you excited to see Star and Safaree on Love & Hip Hop? Let us know!