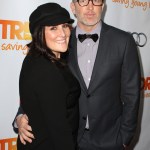 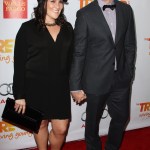 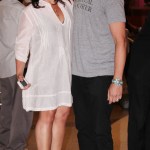 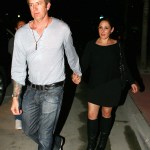 Another one gone too soon! After Ricki Lake tragically revealed that her ex-husband, Christian Evans, lost his battle to bipolar disease on Feb. 14 (Valentine’s Day!), we’re looking back on the hunk’s incredible life. Here’s 5 facts that might surprise you!

1. He was married to Ricki Lake.

Ricki, best known for her self-titled daytime talk show, started dating Christian Evans, 45, in the summer of 2009. They announced their engagement in 2011 and tied the knot in a romantic (and secretive) ceremony a year later. Unfortunately, two years in their marriage, Ricki filed for divorce, citing “irreconcilable differences.” Their divorce was eventually put on hold due to Christian’s declining health.

It is with a heavy heart that I share that my beloved soulmate, Christian Evans has passed. The world didn’t understand this man, but I did. He succumbed to his life long struggle with bipolar disorder. For anyone who has ever lost a family member or friend to mental illness, my heart goes out to you. I am a greater person for having known him and spent the past 6 and a half years of my life with him. He was a man of love and what mends my broken heart today is knowing that he is finally at peace and his spirit is free. Rest in peace, my love

Prenups don’t always make divorce settlements easier. The year of their split, Christian claimed that Ricki defrauded him and tried negotiating the terms on their prenup so he would walk away with less money, according to TMZ.

3. They worked through their issues.

Despite the fraud drama, Ricki never stopped loving Christian deep down. One of the things that Ricki admired most about him is that he was a totally “normal guy,” she gushed to People in 2012. “We met through my best friend. He’s a nobody but he’s somebody to me. He’s everything to me.”

4. Was he also in the entertainment industry?

This may come as a surprise to you, but Christian actually held a very normal job. He was a jewelry designer who happened to fall in love with a TV hostess and producer.

5. What does bipolar disorder mean?

Bipolar disorder is referred to as called manic depression, which occurs in a series of drastic, uncontrollable mood swings. A person’s attitude can go from extremely depressing lows to manic highs in a matter of minutes. It affects more than 3 million Americans, yet doesn’t have a cure.

HollywoodLifers, did you know the name Christian Evans before today? Please send prayers to his family!