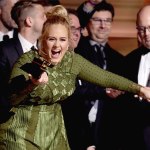 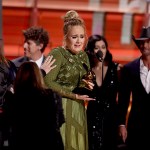 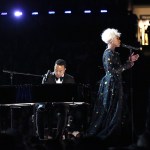 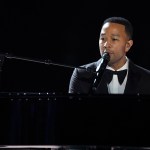 Oh man. James Hetfield was pissed off after Metallica’s performance at the 2017 Grammy Awards! After some embarrassing ‘technical difficulties’ with his mic during the Feb. 12 award show, the metal icon was so frustrated that he took out his anger by throwing his guitar off stage!

Really, could you blame him for wrecking his instrument? James Hetfield, 53, was ready to tear up the 59th Grammy Awards, pulling out a headbanging duet with Lady Gaga, 30, while performing the band’s song, “Moth Into Flame.” Yet, when the legendary metal god growled into his mic – there was no sound!

Ultimately, they were able to get the mic working, but James was clearly pissed off with being made to look like the fool. A fan in the audience caught James throwing his guitar off stage toward (probably) his guitar tech. The “Ride The Lighting” singer didn’t seem too concerned with the safety of his instrument, and he seemed pretty upset as he walked away.

The mic fail was pretty humiliating, as James sang two verses before he even caught the problem. He would share Gaga’s mic before someone got James’s microphone to work. Still, once that was fixed, the performance was pretty damn killer. Not only did Metallica bring a much needed metal injection to the 2017 Grammy Awards, but Gaga channeled the late ”Metal Priestess” Wendy O. Williams in both her look and her attitude. Hey, if Metallica was willing to record an album with Lou Reed, they should put out a record with Gaga.

There were plenty of technical failures during this show. Before James’s microphone decided to stop working, Adele, 28, pulled a major mistake on live television. While honoring the late George Michael with a slowed down version of “Fast Love,” Adele missed a critical part of the performance and brought the whole song to a stop! “I’m sorry. “I can’t mess this up for him,” she said, while dropping a F-Bomb, live on television.

Just like Metallica and Gaga, Adele slayed. It proves that even if you screw up the start, it only matters if you finish the song in an epic way. Just, someone tell James that if he’s going to smash a guitar out of frustration, maybe include it as part of the performance?

Music lovers can catch the show online with CBS All-Access (after they enter in their cable information). CLICK HERE TO WATCH THE 2017 GRAMMYS LIVE STREAM.

What did you think about MetalliGA, HollywoodLifers? Do you want to see them put a record out? How about an EP of her singing on some of theirs songs? Wouldn’t Gaga kill a version of “Battery” or “Seek & Destroy?”