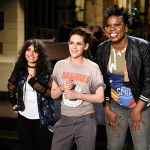 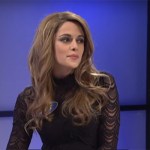 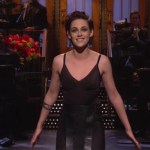 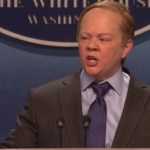 Aww! Robert Pattison was cracking up like the rest of us at Kristen Stewart’s hilarious opening monologue on ‘Saturday Night Live.’ HollywoodLife.com has EXCLUSIVE details on on how he loved being included in her jokes that had the audience in stitches.

Yo go girl! Kristen Stewart absolutely crushed it at comedy when she hosted Saturday Night Live Feb. 4, and her ex Robert Pattinson, 30, is giving her big applause. She mentioned him in jokes for her opening monologue and not only was he totally okay with it, he’s thrilled that she did it! “Rob saws snippets from the show and absolutely loved Kristen’s opening monologue. He thought she was hilarious. He was happy to see her having so much fun and being so at ease with herself,” a source tells HollywoodLife.com EXCLUSIVELY.

K-Stew kicked off her opening bit by reminding the audience how Donald Trump, 70, lost it on Twitter when she cheated on her Twilight co-star back in 2012. “Four years ago I was dating this guy named Robert and we broke up and got back together and for some reason it made Donald Trump go insane,” she joked. She went on to read an actual tweet that our new president put up, where he ranted that she “cheated on him like a dog” and that he shouldn’t take her back. It is so unbelievable to think that the leader of the free world once got involved in a Twitter rage about Kristen’s love life, and that wasn’t lost on her.

Kristin reminded us that our ranter-in-chief tweeted a total of 11 times about their romance drama, including “Everyone knows that I am right that Robert Pattinson should dump Kristen Stewart.” She got huge laughs when she said that Donald was totally in love with her former boyfriend and that if he didn’t like her back then, he wouldn’t like her now cause “I’m like so gay, dude.” Oddly enough, for once Donald didn’t hop on his Twitter account and respond. After Kristen totally schooled him, it was probably best to keep quiet.

HollywoodLifers, what did you think of Kristen on SNL? Did you have any idea that she could be so funny?