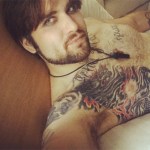 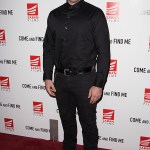 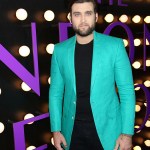 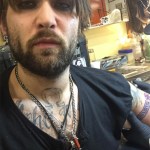 Weston Cage made front page news today (Feb. 6), but not for heroic reasons. The rebellious son of famous actor Nicolas Cage was arrested for drunk driving, and now everyone is dying to know more about him! Here’s 5 facts that will blow your mind!

In case you didn’t recognize his trademark last name, Weston Cage, 26, is the son of Nicolas Cage and Christina Fulton. Weston was born in Los Angeles on Dec. 26, 1990 (the day after Christmas, how neat is that?!) and has on son named, Lucian Augustus Coppola Cage.

2. Police busted him for a SERIOUS crime!

Not only was Weston arrested for drinking under the influence of alcohol, he was also a part of a wild cop chase through the streets of LA. Weston reportedly got into a minor car crash, and when he stopped to talk to the other driver, he suspected the police were arriving to the scene. That’s when he sped off and fled, according to TMZ. Weston quickly lost control of his car and drove across a lawn before hitting a series of mailboxes. He also hit a tree before the cops caught up to him.

3. Maybe trouble runs in his family.

Weston may not be a saint, but his wife’s confession from 2011 really left us shaken. Nikki Williams, the mother to Lucian, revealed in a shocking statement from back in the day that she had been drinking while pregnant! “I did drink the night before the arrest, I suppose my hormones got the best of me,” she confessed. “That was the only occasion I consumed alcohol since I found out that I’m pregnant and I really regret my decision to do so.”

4. He’s following in his father’s footsteps.

Like the National Treasure actor, Weston has a passion for cinema! The troubled star has appeared in two movies with his dad, Lord Of War and Rage. He also helped out with the soundtracks to Joe and Drive Angry, two other films starring Nicolas.

Weston’s musical career has helped him land multiple gigs on movie soundtracks! He was the lead singer of heavy rock band, Eyes of Noctum, who put out a debut album in 2009. Since then he’s gone solo, starting a new band by the name of Wes Cage.

HollywoodLifers, had you heard of Weston before his shocking DUI arrest?