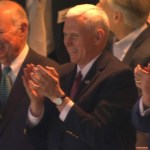 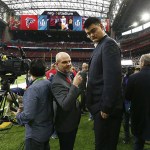 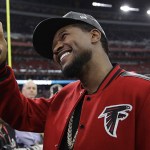 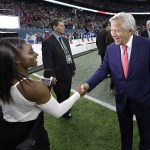 Tom Brady may have won the Super Bowl on Feb. 5, but it was his 4-year-old daughter Vivian who stole the show after his family stormed the field. Shamelessly being her toddler self, the cutie celebrated her dad’s major win by picking her nose on live TV — and not caring one bit that the whole country was watching. Talk about a total DGAF attitude!

Tom Brady, 39, and Gisele Bundchen‘s, 36, adorable daughter Vivian, 4, looked beyond cute cheering her dad on at Super Bowl LI on Feb. 5. Sporting a mini Brady jersey and sweet braids, the toddler was a major talking point on social media throughout the night — but fans TOTALLY lost it when Vivian began picking her nose on the field after the Patriots’ major comeback. In her dad’s arms, the tot shamelessly dug for gold while the country watched — and honestly, her carefree attitude was kind of inspiring!

“We could all learn a thing or two from Vivian Brady’s devil-may-care attitude at the #SuperBowl,” one fan posted on Twitter after a screen grab of Vivian in action went viral. And we could not agree more! At only four years old, the blonde cutie couldn’t care less who was watching or WHAT was going on, she was just taking care of business! The best part? Tom and Gisele were busy kissing and didn’t even notice what was happening over Tom’s shoulder — LOL. If only we could all be that fearless.

Earlier in the day, Gisele posted an adorable pic of her and Tom’s daughter all geared up for the game. “Bom dia! Game day! #superbowl #daddyslittlegirl ✨❤️✨🏈,” the supermodel captioned the photo, which featured Vivian’s back as she looked onto the field wearing a “Brady’s Little Ladies” jersey — aw! Looks like Vivian ended up being her dad’s lucky charm.

To help him celebrate making history, Tom’s family joined him on the field after the Patriots won 34-28 in overtime. Posing for a cute family picture together, in which the QB had little Vivian on his lap, the athlete wrote, “It takes a team. And so much love. #NeverStopBelieving.” What a perfect ending to an epic day for the entire Brady clan!

Tell us, HollywoodLifers — do you think Tom and Gisele’s daughter is adorable?