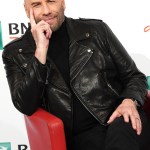 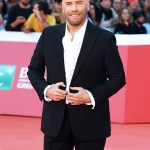 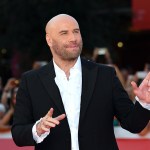 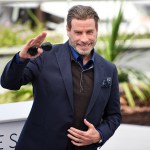 John Travolta is already a star himself, and apparently he wants nothing more for his teen daughter Ella Travolta! Revealing that she is ‘so good’ at acting, the celeb gushed to us EXCLUSIVELY about his talented daughter in the sweetest way! And with a few films already under her belt, she could be well on her way to becoming a household name.

While most stars aren’t too keen on their children following in their career footsteps, John Travolta, 62, is ALL for his 16-year-old daughter Ella Bleu Travolta becoming a movie star herself! In fact, he proudly boasted about his only daughter to HollywoodLife.com EXCLUSIVELY while backstage at the 2017 Screen Actors Guild Awards on Jan. 29.

“Ella is fabulous,” John began when asked if he’d like the teen to pursue acting. “Yes, I want her [to pursue acting] because she is so good at it. She is such a good performer.” Aw! We love how encouraging the Grease star seems to be of his daughter. And with a name like Travolta to back her, she may just become a big-name actor like her famous dad!

John and his wife of 25 years, Kelly Preston, 54, also have a six-year-old son together named Benjamin. Sadly their oldest child, Jett, passed away back in 2009 after suffering a seizure at only 16 years old. But with a wife and two kids at home, life can admittedly get hectic for John. However, the secret to his long and successful marriage is actually much simpler than some may think!

“We always update our needs and wants, and I think everyone has to do that,” John revealed to us. People change, and when you change, you want or need something different — you have to keep up with it.” The star added, “You have to keep your own council of how you are doing with each other. And of course children help — how to agree how to raise them.”

As far as raising Ella goes, it looks like both her dad AND her mom have agreed to let her pursue show business. After all, she’s already been in two films! The young girl appeared in Old Dogs in 2009 as Emily and as Angel Gotti in The Life and Death of John Gotti, which is currently in post-production and is set to be released later this year.

Tell us, HollywoodLifers — do you think Ella will follow in her famous dad’s footsteps? Would you love to see her on the big screen?