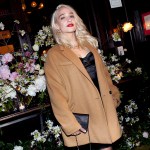 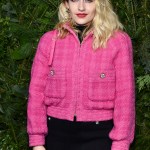 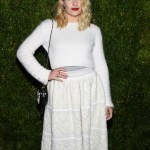 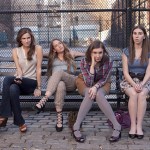 So sad! ‘Girls’ actress Jemima Kirke officially split with her husband Michael Mosberg, according to a brand new report on Jan. 12. The former flames were married for seven years and share two children together. Keep reading for details!

Jemima Kirke, 31, has officially called it quits with her husband of seven years Michael Mosberg, US Weekly confirmed on Jan. 12. The NYC-based exes reportedly separated last summer, but they’ve remained cordial to co-parent their adorable two children, daughter Rafaella, six, and son Memphis, four. Fans first speculated that Jemima and Michael split when he was spotted on an exclusive dating app called Raya, limited to members-only, in July. It’s reportedly a favorite app among celebrities including John Mayer, Jeremy Piven, and Chelsea Handler. The actress and her ex, a former lawyer, tied the knot in 2009 after meeting in rehab.

Jemima last spoke about her beau in Feb., revealing that Michael was preparing to open a rehab center in Brooklyn, during her candid interview with The Telegraph. His dreams did come to fruition as The Hook Recovery Center is now open in Red Hook. The Girls star, who portrays Jessa Johansson on the hit series, also admitted that she recently started drinking socially again after years of sobriety. However, it’s yet to be confirmed if that had anything to do with the split. She previously shared, “Mike was nervous at first. He said, ‘Look, I would never tell you what to do; you are an adult — just don’t f–k it up.’ He had every right to be scared, he knew my story.”

Jemima concluded, “But I was a different person back then. I was in my early 20s. I didn’t have children.” After marrying Michael, she also became a step-mother to his children from another relationship, Elijah and Lea. We’re hoping they all stay strong during this transitional time. Looking ahead, Jemima’s hit HBO series will return for it’s sixth and final season on Feb. 12!

HollywoodLifers, are you heartbroken to find out about Jemima’s divorce? Let us know!