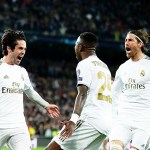 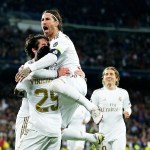 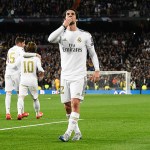 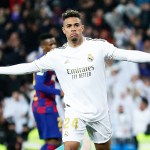 Now, this is what we’re talking about! La Liga is back after a short break and it sees not only a rematch between the Champions League finals but a derby between crosstown rivals: Real Madrid and Atletico Madrid! This Nov. 19 game is going to be good so don’t miss a single second.

The Madrid Derby sees two of Spain’s favorite soccer squads square off. Cristiano Ronaldo, 31, Gareth Bale, 27, and Karim Benzema, 28, will lead Real Madrid to face Fernando Torres, 32, Koke, 24, and the rest of Atletico Madrid at Vincent Calderon Stadium in what will be a thrilling match! This clash kicks off at 2:45 PM ET so be ready to watch these bitter rivals go head-to-head.

Historically, the Madrid Derby is kind of like “the Subway Series” between the New York Yankees and the New York Mets. One team is dominant and has seen some of the best players in the sport wear its colors. The other team is more of an underdog who can pull off the surprising upset. Real (aka Los Blanco) has literally twice the wins of Atletico (aka Los Rojiblancos) – winning 108 out of the 213 matches. Los Rojiblancos have scored 54 wins, leaving 51 draws between these two clubs.

How To Watch La Liga Soccer Without Cable

This will be the first time that the two teams have met this season after the Champions League final (which Real won via penalty kicks, 5-3, after fighting Atletico to a 1-1 draw.) With Los Blancos six points ahead of their Madrid rivals, this match may see a much more aggressive Atletico.

“I see an Atletico side more dominant than on other occasions,” reporter Jaime Rodriguez told ESPN FC. “Madrid’s injuries in midfield give [manager Diego Simeone‘s] team a good opportunity to go for the game.” Considering that Real has been unbeaten in all its competitions this season (despite some “embarrassing” draws) Atletico needs to bring it if they expect to walk away with this game with a victory.

Those draws have raised criticism in playing the “BBC” – of Bale, Benzema and Cristiano. It was shocking to see Real Madrid held to a standstill by Eibar and Legia Warsaw, but manager Zinedine Zidane, 44, may have no choice.

“[His] hand is forced by the injuries – especially Casmeiro and [Toni] Kroos,” sportscaster Manuel Bruna, said. “I see his usual 4-3-3 [formation] with the BBC and that is non-negotiable for him.”

Who do you think will win this Madrid Derby, HollywoodLifers? Are you rooting for Real or are you anticipating an Atletico victory?