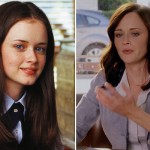 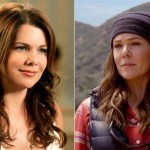 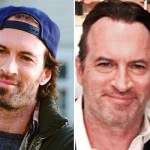 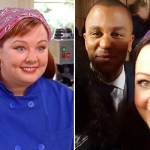 It’s almost time for the ‘Gilmore Girls’ revival! The epic 4-episode event hits Netflix on Nov. 25. It’s been a while since we’ve seen our favorite ‘GG’ characters, so let’s take a look at the characters then and now!

Can you believe it’s been 16 years since the first episode of Gilmore Girls aired? Yes, it’s been that long. Don’t you feel old now?! Alexis Bledel, 35, was only 18 years old when she started playing Rory, and now she’s 35! She’s married to Mad Men’s Vincent Kartheiser, 37, and has a baby. She’s all grown up!

Lauren Graham, 49, still looks the same after all these years. The role of Lorelai Gilmore was Lauren’s breakthrough role and there’s no fast-talker quite like Lorelai.

The men that comprised Rory’s love life have made big transformations over the years, going from boys to men. Dean, played by Jared Padalecki, 34, has gone from the Stars Hollow cutie with the bowl cut to a bonafide HOTTIE. In the revival, it’s clear Dean has grown into a man with his long, slicked back hair, sexy scruff, and chiseled body. He’s practically aging in reverse.

Jess has also only gotten sexier since he first appeared in season 2. Milo Ventimiglia, 39, looked so young when his character stepped into Stars Hollow all those years ago. Now, he’s too hot to handle. Jess has grown into his looks and now rocking sexy long hair like Jared. Here for it.

Logan, who’s played by Matt Czuchry, 39, pretty much looks the same as he’s always looked, except that his overall boyish look has faded. Still cute after all these years!

Gilmore Girls: A Year In The Life will hit Netflix on Nov. 25, taking place 8 years after the events of the series finale. Stay tuned for full coverage of the highly-anticipated revival!

HollywoodLifers, are you excited for the Gilmore Girls revival? Let us know!