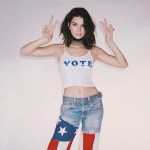 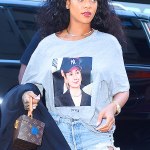 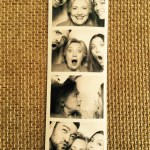 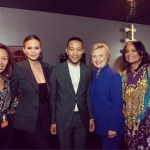 Like the rest of us, Beyonce held her love ones close after witnessing Hillary Clinton’s devastating loss to Donald Trump in the 2016 Election on Nov. 8. HollywoodLife.com EXCLUSIVELY learned she broke down in tears and held her daughter ‘tightly.’

“Beyoncé hadn’t had a nightmare in 30 years until the day [Donald] Trump was elected President. That was a huge downer for her and her family, and it was particularly hard for Bey personally because she was such an outspoken Hillary [Clinton] supporter. She cried and held Blue Ivy so tightly after realizing Trump had won. All she could do was comfort Blue, kiss her forehead and remind her how intelligent, strong and beautiful she is and told her to never forget it. Bey and Jay Z are still trying come to terms with this election,” a source tells HollywoodLife.com EXCLUSIVELY.

This makes us so sad — sadder than we already were, following Hillary’s loss in the election. Americans like Beyonce wanted their children to see that even a female could become President. Sadly, that hasn’t happened yet, but one day it will. And until then, all we can do is comfort each other and hold each other tightly, while reminding one another that we’re worthy.

Who knows — maybe Michelle Obama will run in 2020 and finally become the first female President of the United States! Beyonce would love that. “Beyonce and Jay Z want to see Michelle run in 2020,” an insider previously told HollywoodLife.com EXCLUSIVELY. “They are both convinced that she would be the ultimate candidate, and have spoken to the first lady about the possibility of this many times. With Trump winning, Beyonce will continue to encourage Michelle to run for president in 2020.”

HollywoodLifers, are you also upset that Hillary Clinton lost the election? Tell us how you feel below.