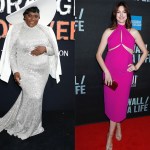 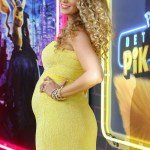 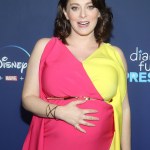 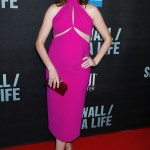 Reality star Lauren Manzo is expecting, and she’s finally revealed the due date AND sex of her & her hubby Vito Scalia’s little bundle of joy! Speaking out in a recent interview, the former ‘RHONJ’ star gushed about pregnancy while expressing some major concerns about her unborn child’s zodiac sign! Get all the details about her exciting news here.

It’s a GIRL for Manzo’d with Children star Lauren Manzo, 28, and her husband Vito Scalia! SO exciting! But while Lauren admitted to People mag back in September — before they knew their first child’s sex — Vito was “team boy,” they’re both super thrilled to be welcoming a baby girl early next year.

“I’m due Feb. 26, and there’s only 28 days in February and it’s a first pregnancy, so I’m kind of saying it’s going to be the beginning of March,” Lauren dished during an appearance on Bravo’s The Daily Dish on Nov. 3. But the sex of their baby seems to be the least of their worries, as Lauren is admittedly concerned about her daughter’s zodiac sign!

“The baby’s going to be a Pisces,” she continued. “There’s a couple Pisces that I know that I can’t stand. I said to my doctor, ‘Maybe we could just do a C-section two weeks early and then it can be an Aquarius.'”

She added, “I think I’ll be OK with a Pisces baby [though]. But I butt heads with Pisces because Pisces are sensitive and I don’t have time for that.” When it comes down to it though, we’re sure Lauren and Vito will love their little girl no matter WHAT zodiac sign she has! After all, this will be both of their first child.

The two tied the knot in July 2015 and had been wanting to start their family for quite a while now, which made it all the more exciting when Lauren and Vito announced their pregnancy in September! “As soon as we stopped placing so much pressure on ourselves, it actually happened,” the Real Housewives of New Jersey alum told People on how they got pregnant after more than year of marriage. We’re so happy for this duo and cannot wait for them to welcome their baby girl!

Tell us, HollywoodLifers — are you excited that Lauren and Vito are having a baby girl? What do you think they’ll name her?