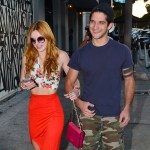 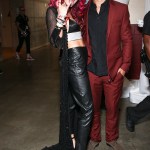 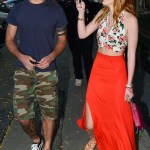 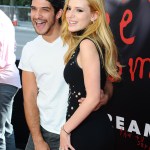 Oh, no! Bella Thorne and Tyler Posey have split after having a huge fight, according to a Nov. 2 report. Find out exactly why Tyler dumped Bella — and what she’s been doing to try and win him back!

Bella Thorne, 19, and Tyler Posey, 25, are over! The Teen Wolf star broke up with Bella several weeks ago after an explosive argument, sources tell Star magazine in their Nov. 14 issue. “They had a huge fight around his birthday [Oct. 18] and he broke it off,” an insider spills. Such a bummer!

So what was the final straw? “Bella became really demanding — she wanted to spend every single second together,” the source explains. “They had a huge fight around his birthday and he broke it off.”

Unfortunately, the clingy former Disney star isn’t facing the facts, as the mag claims. “Bella is still texting Tyler several times a day, begging him to take her back,” the insider reveals. “Bella has been relentless, but Tyler isn’t budging. He told his friends that he’s not willing to put up with her hysterics just because she’s hot.” Whoa!

On the other hand, Tyler and Bella were spotted PDAing on a romantic Halloween date just days ago, on Oct. 26. Tyler has his arm around Bella in one silly photo, and the two look pretty cuddly — not like exes at all. She also visited him on the Teen Wolf set earlier in the month, when they flirted all over Snapchat, and Bella dressed up like a sexy cowgirl on Halloween (though it’s unclear as to whether they spent the holiday together). We’ll keep you updated on their relationship status!

HollywoodLifers, do you think Bella and Tyler have split for good? Let us know if you believe it’s over between them!