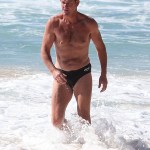 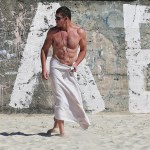 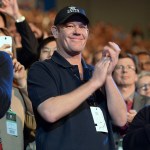 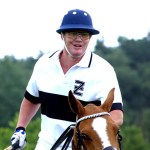 Oh no! We have finally discovered why Mariah Carey and James Packer broke up, and it’s not pretty. According to a new report, James became ‘violent’ during a recent trip to Greece — plus, friends of the singer say James is ‘mentally unstable.’ Get all the details here!

James Packer, 48, “is not in his right mind,” sources close to Mariah Carey, 46, told TMZ. “She had to leave him” and he hasn’t been “present for her” in a couple of months,” sources further explained. But that’s not all.

Mariah allegedly pulled the plug on the relationship when James became “violent” a month ago on a yacht in Greece. James was allegedly terrible to Mariah’s assistant, and that was the final straw for her.

We already knew “something bad” happened in Greece, but we had no idea it was THIS bad. “Mariah and James haven’t seen each other or spoken for more than a month, after something happened during their vacation on a yacht in Greece,” an initial report by TMZ claimed. The incident was so extreme that it caused Mariah to “bail on the vacation, get off the boat and return to Los Angeles” before she severed all ties with her billionaire fiance.

Apparently, her forthcoming reality show, Mariah’s World, caused a lot of strain in their relationship. He wasn’t a fan of it, and it was a “major source of conflict” for them. “James had huge reservations about her new reality TV show and the fact that she was willing to expose their lives to the world,” sources also told Women’s Day.

We can certainly understand conflicts, but violence is never the answer.

HollywoodLife.com has reached out to Mariah’s reps for comment. Meanwhile, James’ reps told us, “This is simply untrue.”

HollywoodLifers, are YOU shocked by this new report? Do you think Mariah Carey should completely part ways with James Packer? Tell us how you feel below!