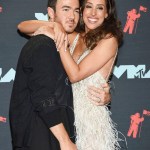 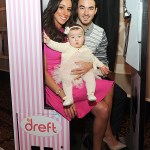 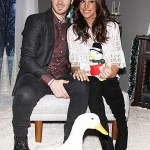 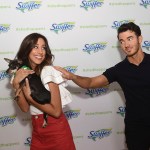 A 2nd Jonas baby has arrived! Adding once again to their brood of girls, Kevin Jonas & his wife Danielle have officially welcomed their newborn daughter into the world — and we could not be happier for the adorable pair! Even sweeter, now little Alena is a big sister! Get all the exciting birth details here.

Kevin Jonas, 28, is officially surrounded by girls! The former boybander’s wife, Danielle Jonas, 30, gave birth to the couple’s second child and second daughter in October, and we can only imagine how thrilled the two must be about their newest little one’s arrival. And we’re sure new big sister, Alena Rose, 2, is JUST as pumped about the latest addition!

The big news was announced via Kevin’s brother, Nick Jonas‘, 23, Twitter page on Oct. 27! “AHH! I’m an uncle again! Congrats to my brother and sister in law on the birth of their new beautiful baby girl. @kevinjonas @daniellejonas,” the singer wrote. SO sweet!

AHH! I’m an uncle again! Congrats to my brother and sister in law on the birth of their new beautiful baby girl. @kevinjonas @daniellejonas

Congrats Kevin and Dani! We have another Jonas!! Can't wait to meet that beautiful baby girl very soon. @kevinjonas @daniellejonas

But not only that, Nick ALSO congratulated Kevin on the newest family addition via Instagram, posting a super sweet vid for all his fans to see! “Congrats Kevin and Dani! We have another Jonas!! Can’t wait to meet that beautiful baby girl very soon,” he captioned the clip. Looks like Nick is one super excited uncle!

And as it turns out, Kevin totally doesn’t mind being outnumbered by girls — in fact, he actually hoped his second child would be another daughter! “I’ve always just wanted two kids that were both girls, and my wife was like, ‘Why?’ I’m like, ‘Because I’ve been around boys so much my entire life, that I want to be surrounded by girls,’” Kevin explained to People back in May. We LOVE that he got his wish!

Kevin and Danielle announced their new baby’s sex via Instagram in June when they both shared a collage of Alena holding an oversize heart-shaped pink balloon that read “Baby Girl.” Pretty adorable, right? “We’re having a GIRL!!!!!!!!” Kevin captioned the sweet pic. Clearly he was pumped! Congrats again, you two on your newest addition!

Tell us, HollywoodLifers — are you excited Kevin and Danielle have expanded their family? Send the happy couple your congratulations below!