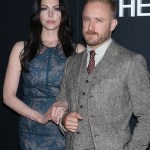 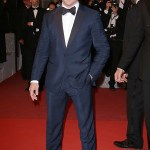 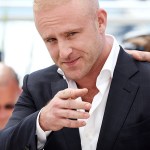 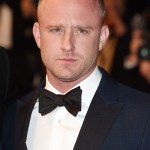 Whether you recognize the name Ben Foster or not, you’ve DEFINITELY seen his face on TV! Ben is one of those top-notch actors who prefers staying of the spotlight, but now, people can’t stop buzzing about his engagement to Laura Prepon. Check out these five facts about him!

We call Ben Foster, 35, intense for a REASON! His acting career blew up when he was cast to play Russell Corwin, a sexually ambiguous art student, on the hit drama series, Six Feet Under. On top of that, he played a MAJOR badass in Alpha Dog — a movie based on the true kidnapping and murder of Nick Markowitz in 2000.

2. He lost a crucial role that could have boosted his career.

Donnie Darko is one of those dark and twisted indie films that, over the years, has developed a HUGE cult following. Ben auditioned for the role of Donnie, but lost it to Jake Gyllenhaal. Donnie Darko put Jake’s name on the MAP, and it could have done the same for Ben.

3. You would love to hang out with his parents!

Ben was raised in a Jewish household, and his parents were all about having fun! The actor describes them as “free-spirited, Vietnam-protesting hippies.” After a burglar broke into Ben’s family home in the middle of the night, his parents moved from Boston to a small town in Iowa.

4. Girls will recognize him from a chick flick!

OK, so not ALL of Ben’s roles have been heavy and super serious. Ladies, does the movie Get Over It ring any bells?! That’s right, Ben plays the dude who gets DUMPED and joins the high school musical PLAY to get his girlfriend back! And remember when he sings that Big Red gum jingle as part of his audition? HILARIOUS!

5. He found love with an OITNB star!

Ben hasn’t been in any standout movies lately, but the same can’t be said of his stunning fiancée, Laura Prepon, 36! She’s best known for playing criminal Alex Vause in the Netflix series, Orange is the New Black. AND you probably recognize her as the fiery redhead on That 70’s Show. Laura and Ben announced their engagement on Oct. 5, 2016.

HollywoodLifers, what movie do YOU recognize Ben from?