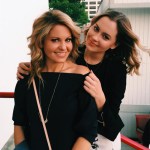 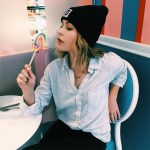 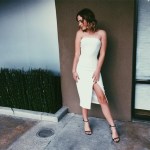 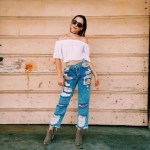 Talent clearly runs in the family! After Natasha Bure SLAYED her audition on ‘The Voice,’ we’re all wondering just who this future star is! As it turns out, her mom is ‘Fuller House’ star Candace Cameron Bure!  Here are five things to know about the up-and-coming singer.

Natasha, 18, grew up in Los Angeles with her famous parents, and even accompanied Candace to the 2014 Teen Choice Awards! They often pose for the cutest photos together. She is a big sister to her two siblings, Lev and Maksim,  and she’s the niece of actor Kirk Cameron.

She has made over 40 videos and does everything from makeup tutorials to covers of famous songs she sings. In one adorable video, she interviews her two siblings, and you can tell how important her family is to her! Seriously, her clips are all must-sees!

Natasha has 290,000 followers on Instagram! She’s shared numerous sweet shots with her famous mama, and she often posts clips from cool concerts she’s been to — like Drake! When she’s not posting pics of herself with her family or friends, she posts super-cool inspirational quotes and artwork she likes.

This is too cool! Not only is Natasha a talented singer, but she’s also a very talented model! According to her Instagram, she’s modeled with professional NYC-studios such as Fadil Berisha Studio, and she often posts her own AMAZING modeling pics.

Though she’s focusing now on her singing career, Natasha has also acted! She’s acted in the hit TV show, Make It Or Break It, as well as the Hallmark film The Heart of Christmas — which also starred Candace!

HollywoodLifers, what do you think of Candace’s super-talented daughter, Natasha?