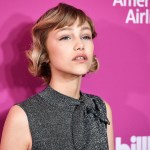 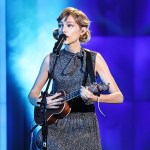 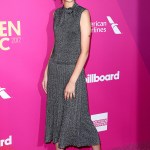 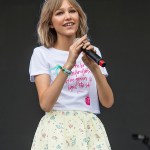 Such a cutie! Grace VanderWaal made her big late night show debut on ‘The Tonight Show’ in her first big appearance since winning ‘America’s Got Talent.’ The adorable 12-year-old sat down with Jimmy Fallon to play a game that revealed her young age, as she didn’t know about Justin Timberlake’s epic band *NSYNC!

Singing sensation Grace VanderWaal has officially made the big time, hitting The Tonight Show stage to perform an original song she wrote. But before that, Jimmy Fallon, 42, had a fun chat with the adorable 12-year-old! She was hopping up and down with joy and excitement when she was introduced and took the stage, telling Jimmy how much smaller his studio looked in person. But that wasn’t the only thing to embarrass Jimmy, as they played a game that made him feel SO OLD!

After a brief chat about how cool it was to have a record deal, she excitedly played a hilarious game of “Marshmallow songs,” where she and Jimmy each had to stuff their mouths with the fluffy stuff until they were completely full and then had to sing out songs through the muffled mess.”Like the chubby bunny challenge!” she exclaimed!

She was able to correctly get Taylor Swift‘s “Shake It Off,” but then proved how young she was by not being able to get Jimmy’s fairly clear rendition of *NSYNC’s classic hit “Bye Bye Bye.”  You could hear him humming the chorus and even making the hand gestures made so famous in their video for the song. But Grace was totally stumped, having no idea what the song was. When he was done, Jimmy told her the title of the song with total shock in his voice that she didn’t know it. Her classic response? “Bye Bye Bye….what?” as she had totally never heard the song before in her life! It totally cracked Jimmy up, as he could only say,”So old, so old….he’s a good friend of mine too,” referring to member Justin Timberlake. 35.

Hey, what can you expect from a 12-year-old, she wasn’t even born when the song came out and must not be into classic Justin. But oh man, not knowing *NSYNC and their biggest song was a wake up call to most of the audience as to just how young she really is.

HollywoodLifers, what did you think of Grace’s Tonight Show appearance? Was she as adorable as you imagined?