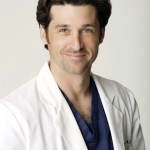 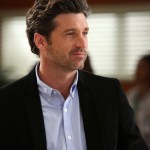 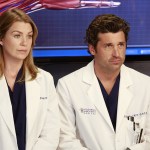 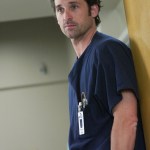 Derek Shepherd… is ALIVE?! Patrick Dempsey puts his scrubs back on for the medical crossover we’ve been waiting for. McDreamy is back and hotter than ever in this incredible new ad. Click to WATCH!

Okay, so Derek Shepherd isn’t alive. But Patrick Dempsey, 50, revives him for the TV ad we never knew we needed. Patrick heads back to the hospital with his stethoscope ready with other notable TV doctors Alan Alda (M*A*S*H), Noah Wyle (ER), Donald Faison (Scrubs) and Lisa Edelstein (House). The commercial, produced by Cigna Health Insurance, stresses the importance of annual check-ups.

The best and most hilarious part about the commercial is when these “doctors” — part of the TV Doctors of America — talk about how they are actually nothing like their physician alter-egos.

“I never went to college,” Patrick says while in “surgery” with Alan, 80. “If I had to watch an actual surgery, I’d probably faint,” Donald, 42, says, before adding, “I don’t do blood.” It makes you think twice when these guys are spouting off medical jargon in the OR. Even though they save lives on TV, they probably couldn’t do it in real life.

The end of the ad features the TV doctors striking their best doctor pose. You know the ones — hands on hips, arms crossed, or the classic thinking pose.

Man, is it good to see Patrick back in scrubs or what? Grey’s Anatomy fans have been waiting to see this since Derek was killed off in season 11. In a world where dreams come true, these guys would all be on one show together. Can you imagine how epic that would be? They would save so many fictional lives.

HollywoodLifers, who is your favorite TV doctor of all time? What did you think of this ad? Let us know!