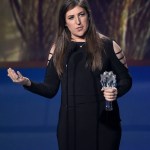 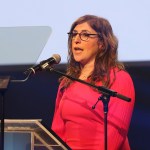 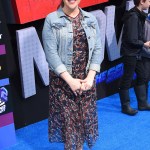 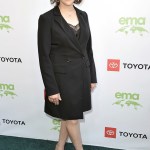 CC and Hillary together again! Mayim Bialik and Marcie Leeds, who played the younger versions of the iconic ‘Beaches’ characters, recreated the epic scene where the soon-to-be BFFs meet for the first time! Click to WATCH!

This video is everything we didn’t know we needed. Mayim recreates the opening scene where CC and Hillary are first introduced on the Venice Boardwalk when they’re 11 years old with fellow co-star Marcie. The girls, now 40 and 38 years old, got dressed up in similar outfits as their characters in the movie that was filmed 28 years ago.

Mayim and Marcie are all grown up now, but they can still bring out the best in CC and Hillary. The girls filmed the scene in a backyard instead of the beach. But it was still amazing! After watching this, who else wants to just curl up on the couch, watch Beaches, and cry all the tears?

This video was the first time that Mayim and Marcie have seen each other since they filmed the movie! After Beaches, Marcie left the world of acting behind to become a surgeon. Mayim has continued again and is best known for her role on The Big Bang Theory.

Mayim revealed on Instagram that she and Marcie decided to recreate the opening Beaches scene for a very special reason. “The director of the movie ‘Beaches,’ Garry Marshall, passed away last month and to honor his memory, Marcie Leeds and I offer this: we recreated our iconic opening scene from the movie,” she wrote. Garry passed away in July 2016.

HollywoodLifers, is Beaches your favorite movie? Are you more of a CC or Hillary fan? Let us know!