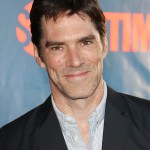 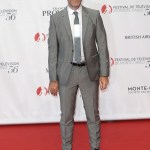 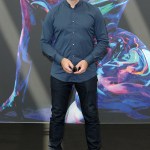 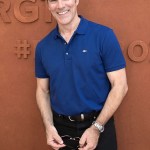 The shocking scandals just keep coming for Thomas Gibson. First, he gets fired from ‘Criminal Minds’ following an alleged on-set altercation. Now, a new report claims that two years ago, he secretly filed for divorce from his wife of 21 years!

Thomas, 54, filed his divorce papers in 2014, according to documents obtained by Extra. The former Criminal Minds star was looking to end his two-decades of marriage with Christine Gibson, citing irreconcilable differences!

“The marriage has become insupportable because of discord or conflict of personalities,” Thomas reportedly said in the documents. He claimed that this “discord” was one that “destroys the legitimate ends of the marriage relationship and prevents any reasonable expectation of reconciliation.”

Whoa! Christine responded to the papers by filing a “general denial.” Thomas then followed that up by filing a counter-petition in Dec. 2015, reaffirming his stance that the marriage was beyond saving. However, there hasn’t been any other finding since then. If neither side does anything by Oct. 25, the divorce will be dismissed.

That’s the last thing Thomas will want to happen, as a Family Law Attorney Steven Mindel EXCLUSIVELY told HollywoodLife.com that when a divorce is dismissed, someone “has to start [their] entire divorce proceedings over” from the beginning. Could he be in for another two-years of trying to make the split legal?

Man, it’s been a rough time for Thomas. After portraying Special Agent Aaron Hotchner on Criminal Minds for over a decade, he was suspended following an alleged fight with writer Virgil Williams on the set of the show. This reported incident led to him getting the axe on Aug. 12, with ABC Studios and CBS Television Studios saying they’ll reveal how they’ll write off Agent Hotchner at a later date.

Thomas, in his own statement following his firing, gave love to the crew, his fellow actors and “the best fans that a show could ever hope to have.” Wow. He gets canned from a show he loves but unable to divorce someone whom he reportedly thinks has a clashing personality. Harsh.

What do you think about Thomas reportedly secretly filing for divorce in 2014, HollywoodLifers? Are you still shocked that he was fired from Criminal Minds?