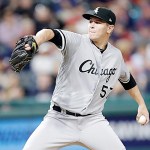 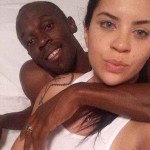 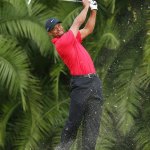 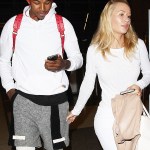 Busted! Usain Bolt was caught allegedly cheating on his girlfriend while he was in Rio, but the Olympian is not the only two-timing sports star. From Kobe Bryant to A-Rod, click to see the gallery of all these unfaithful athletes!

Usain, 30, may have left Rio with a bunch of gold medals around his neck, but he may have lost his girlfriend in the process! Pics showing Usain in bed with Brazilian Jady Durante, 20, were leaked to the Internet, causing some to wonder if his relationship with Kasi Bennett, 26, just crossed the “finished” line.

Nick Young, 31, didn’t earn a medal with the Dream Team in Rio, but he may have taken the gold in the 100m Cheating Confession Dash. Nick famously confesses to D’Angelo Russell, 20, that he was cheating on Iggy Azalea, 26, and Nick’s teammate recorded the whole thing! Similarly, Nick’s fellow L.A. Lakers star, Kobe Bryant, 37, also confessed to cheating on his wife, Vanessa Bryant, 34, when he was accused of sexually assaulting a 19-year-old hotel employee in 2003, per The Daily Beast.

Adultery isn’t just for Lakers players. Khloe Kardashian, 32, famously called out her ex, James Harden, 26, of the Houston Rockets for cheating on her during an episode of Kocktails With Khloe. “Found out he wasn’t [faithful] and I got the receipts to prove it,” she said. Similarly, Eva Longoria, 41, split from San Antonio Spurs’ Tony Parker, 34, when she allegedly found hundreds of texts from another woman on his phone.

Chipper Jones, 44, formerly of the Atlanta Braves, admitted to having an 18-month affair with a Hooters waitress, per Bleacher Report. He even had an illegitimate child with his mistress. His marriage wouldn’t survive the scandal. Similarly, Alex Rodriguez’s, 41, marriage to Cynthia Scurtis, 43, fell apart when the New York Yankees star was photographed spending a night in Toronto with Josyln Noel Morese, an exotic dancer. The New York Post even ran the picture, dubbing him “Stray-Rod,” on the cover! That’s cold.

However, the most famous athlete who was caught cheating has to be Tiger Woods, 40, right? The golf icon cheated on his wife and mother of his children, Elin Nordegren, 35, with more than a dozen women and it all came to a head in 2009. The two divorced in 2010.

There are so many more, HollywoodLifers, so check out the gallery above to see them all. What do you think about all these athletes who were caught being unfaithful?