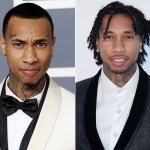 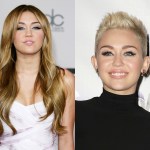 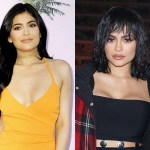 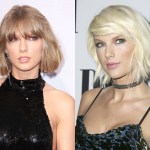 Chrissy Teigen is back to the bob! The model took to Snapchat on August 16 to show off her textured shoulder-length cut and piece-y bangs. Get the details on Chrissy’s new hair look, ahead.

Chrissy Teigen, 30, is back to work after giving birth to her and husband John Legend‘s first child, daughter Luna, in April. The model teamed up with her glam duo, hairstylist Jen Atkin and makeup artist Mary Phillips, for a short new haircut and the flawless makeup to match.

Chrissy first showed off her bob cut and bangs on her Snapchat, and later, Mary revealed that it was for an upcoming project. Chrissy has had shorter hair before, rocking a just-below-the-shoulder length lob, but she has been wearing extensions throughout most of the summer.

Jen was behind Chrissy’s new look, adding lots of soft layers and piece-y fringe that we have a feeling was just a clip in. Making the cut even cooler, Jen styled Chrissy’s hair into textured, beachy waves that really showed off her blonde highlights.

For her makeup, Mary concentrated on clean skin, showing off Chrissy’s glowing, clear complexion. Filling in her brows and adding a hint of shimmery neutral shadow, Mary opted to keep the lips neutral too with a matte brown-nude lip.

HollywoodLifers, what do you think of Chrissy’s new look? Are you excited to see what it was for?