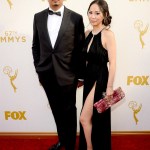 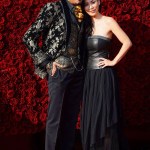 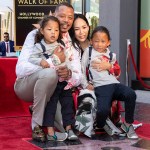 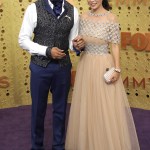 This is so exciting! Terrence Howard is a dad — again! The ‘Empire’ star has welcomed his 5th child into the world, a baby BOY with his partner Mira Pak, and we are so thrilled for the happy couple! Even better, the pair chose an epic name for their little one — find out what it is here.

Terrence Howard, 47, and his beautiful partner Mira Pak have a brand new bundle of joy! The Empire star announced the exciting news via Twitter on Aug. 12 and we can only imagine how happy the two must be about expanding their adorable fam! After all, Terrence and Mira only welcomed their first child together, another son, Qirin Love, in May 2015.

“Hero being held by Qirin,” Howard tweeted next to a heart emoji and a photo of his new baby being held and kissed by the couple’s older son, 15 months. How’s THAT for a beautiful photo? These two are certainly adorable! And the name Hero? SO unique!

Mira first announced her pregnancy in May, surprising fans when she arrived at Empire‘s FYC ATAS celebration showcasing her blossoming baby bump. But the sweetest part of the night was how Terrence lovingly patted Mira’s growing belly as they posed together for photos on the red carpet. Such a dotting daddy!

Terrence and Mira tied the knot back in 2013 and had Qirin just two years later. However, the couple ended up divorcing that summer. But at the Emmys, in Sept. the two reunited. They were also together at the 2016 Golden Globes this past Jan., and last October, Terrence called Mira his “life’s love,” according to E! News.

In addition to little Hero and Qirin, Terrence also has two daughters and a son from a previous marriage, daughters Heaven and Aubrey, and son Hunter, as well as two grandchildren. The actor loves posting photos of his large fam on social media and we just love seeing them all together! Congrats again to Mira and Terrence!

How adorable is baby Hero, HollywoodLifers? Send your congratulations to Terrence and Mira below!