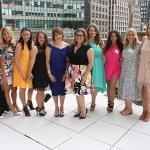 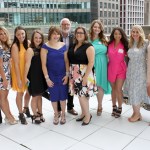 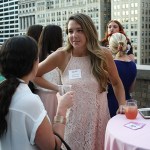 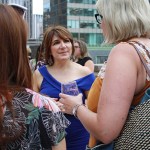 In celebration of all of the accomplishments that HollywoodLife.com has made, Editor-In-Chief Bonnie Fuller invited a bunch of our friends to our very own Cocktails & Conversation bash at PMC headquarters. Read all about it and see pictures here!

PMC Chairman and CEO, Jay Penske, and Vice Chairman, Gerry Byrne, hosted HollywoodLife.com‘s first-ever Cocktails and Conversation with Editor-In-Chief Bonnie Fuller on Tuesday, August 2 in the heart of New York City. The summer soiree went down right at PMC headquarters with the backdrop of the Big Apple catching the eye of all guests as they sipped drinks on the terrace overlooking Bryant Park. It was an incredible night, to say the least!

Bonnie and the senior staff from HollywoodLife.com mingled with entertainment enthusiasts from all across the industry. Our guests included movers and shakers from Paramount Pictures, MTV, Inside Edition, NBC, FOX TV, the New York Times, Paste magazine, Broad Green Pictures, as well as publicists and executives from Edelman, FerenComm, DKC and more. Everyone at the event sipped fresh pink drinks from their very own souvenir HollywoodLife.com glasses while making new contacts and friends as the sun set over the city! Watch our new video about HollywoodLife.com below!

At the peak of the event, Gerry Byrne introduced our EIC Bonnie as the “visionary” behind one of PMC’s most successful entities. He credited that success to Bonnie’s powerful connection to millennials and everything they’re obsessed with, including their desire to read all about celebrities, fashion, beauty, politics, and so much more on a digital platform versus traditional newspapers and magazines. Bonnie launched HollywoodLife.com as the go-to news site for young women and we now have up to 36 million readers coming to the site every month, as well as over 800 million YouTube views, almost 5.1 million Facebook likes, and 500,000 weekly downloads of our podcast. We are so excited! Plus, it’s an inspiring time for our readers.

“What a week we’ve come off of! The ultimate glass ceiling has finally been cracked with Hillary Clinton winning and accepting the nomination as the Democratic presidential nominee,” Bonnie told the crowd during her speech at the event. “She is in striking distance of becoming the first woman president in 240 years! And this empowers you, our readers.”

Cocktails and Conversation took place with the help of Frank PR and hors d’oeuvres by Martin + Fitch Catering Events, and is only just the beginning of many, many new ways HollywoodLife.com plans to connect with more entertainment and pop culture enthusiasts in the future. Maybe next time you’ll be sipping drinks and chatting about how Hillary Clinton is destined to become the next President of the United States at one of our upcoming events!

Tell us, HollywoodLifers — Do YOU want to come and party with HollywoodLife? What do YOU think of our glam summer event? Let us know below!