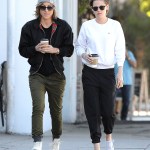 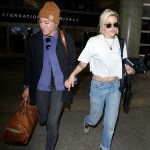 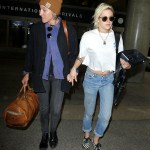 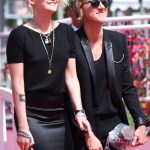 Kristen Stewart has been tight-lipped about her on-again, off-again relationship with Alicia Cargile — until now. The actress recently gushed about her usually private romance, and now we’re filling you in on all things KStew’s girlfriend!

After Kristen, 26, got extremely candid about her sexuality and revealed for the very first time that she indeed has a girlfriend, we obviously couldn’t help but want to know more about the lucky lady she’s “in love,” with. While the two continue flaunt their budding romance, we rounded up five things to know about Alicia.

She has worked in the industry for years and has known Kristen for quite some time now, but Alicia reportedly worked as her PA before getting into the biz.

2. She is now a visual effects producer and has worked in the industry since 2009.

Alicia is a seasoned film producer and according to her LinkedIn she currently works at Nomad Editing Company in LA. Her page claims she works in the “commercials department focusing on international markets and campaigns for broadcasts.” A notable film she’s worked on in the past was 2013’s Kill Your Darlings, which starred Daniel Radcliffe, 27, and Michael C. Hall, 45.

Alicia has a bunch of tattoos on her right arm and another right below her belly button. She’s inked her love for the punk band, Black Flag with a tattoo of their symbol on the inside of her right forearm. She also has the logo for HIM tatted below her belly button. But nothing compares to one of her tats that symbolizes way more than a favorite band. Alicia and Kristen have been rumored to have matching arrow tattoos!

4. Alicia doesn’t seem to be a fan of social media, except for Tumblr.

It appears as though the film producer isn’t too keen on the social scene since there’s no sign of her on any social platform. This really comes as no surprise though, since she and Kristen tend to keep their personal lives, private. But, E! dug up Alicia’s Polaroid Says tumblr page and she’s extremely artsy and creative. Her page features dozens of amazing drawings, including cartoons. Also, her page serves as a positive platform with quotes from other artists containing inspiring quotes.

5. Aside from her producing gig, Alicia is extremely multitalented with ties to the music business and design industry.

Alicia’s used to working with celebs by now, as she’s worked on music videos for huge names like, Maroon 5, Kesha and Alicia Keys, according to her LinkedIn profile. She’s also used her skills to create media across all boards, including interactive web banners, print work, commercials and more.

HollywoodLifers, now that you know Alicia better, tell us — do YOU approve of Kristen’s girlfriend?