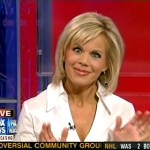 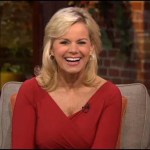 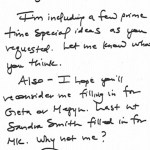 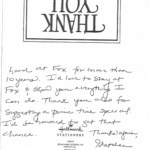 Former Fox News Channel anchor Gretchen Carlson has been validated in her claims that the network’s chief Roger Ailes allegedly sexually harassed more women that just her. HollywoodLife.com has her EXCLUSIVE response to the shocking news that star anchor Megyn Kelly claims she too was victimized by their boss.

“We are supportive and sympathetic to anyone who comes forward to report unwanted sexual advances or other types of harassment in the workplace,” Gretchen Carlson, 50, and her lawyer Nancy Erika Smith, said via their rep Allan Ripp, tell HollywoodLife.com EXCLUSIVELY.  In Megyn Kelly‘s ‘s case, her alleged sexual harassment claims against Roger came from a private investigator’s report where the 45-year-old was interviewed about the subject, and unlike other female Fox news anchors, she has boldly refused to defend Roger against Gretchen’s claims.

“We are not surprised by reports that perhaps another woman at Fox has come forward. More than twenty other women have come forward to share their experiences of unwanted advances by Roger Ailes, with some going back decades to the 1960’s,” he added on Gretchen’s behalf.

Roger’s attorney Susan Estrich released a statement after the news of Megyn’s allegations were made public, claiming that “Roger Ailes has never sexually harassed Megyn Kelly. In fact, he has spent much of the last decade promoting and helping her to achieve the stardom she earned, for which she has repeatedly and publicly thanked him.” Megyn’s claims go back ten years to when she was a correspondent at Fox’s Washington D.C. bureau and came to light after she was interviewed by private investigators for parent company 20th Century Fox, which is reportedly looking to oust Roger from his longtime post as head of the right-leaning TV network.

There have been published reports that Roger has been asked to leave the network before Aug. 1 or risk being fired, and if he leaves willingly he could get a whopping $40 million severance package. But as of July 19, the network said in a statement that “Roger is at work. The review is ongoing. The only agreement that is in place is his existing employment agreement.”

HollywoodLifers, do you think Megyn’s revelations will be what sends Roger packing from Fox News Channel?