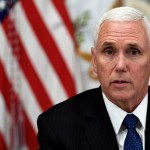 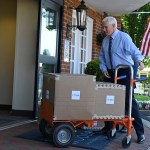 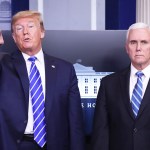 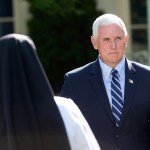 Donald Trump will reportedly pick Indianan Governor Mike Pence as his vice president! And apparently, Mike is a pretty big family man, with his children even being involved in his political life. Get to know more about his youngest daughter, Audrey, below!

Mike Pence, 57, may just be our next vice president! And while he’s been a politician for 15 years now, it’s his family life that’s “most important” to him. After all, Mike has been married for over 30 years, and he has three children: son Michael, and daughters Charlotte and Audrey — who’s reportedly 21 years old. All three kids have been actively involved in their dad’s political career, but it’s Audrey who possess VERY different views from her old man! Find out all you need to know about the youngest Pence below.

Governor Pence’s wife and kids, including Audrey, have been very active in his political career — in fact, they’ve pretty much made it a family bonding experience! Audrey and her siblings have basically done it all, from campaigning, and handing out flyers, to making calls. There’s no doubt their team effort helped him get elected as governor of Indiana.

And as the youngest member of the Pence fam, Audrey has some differing views from the rest of her family, but that doesn’t mean she doesn’t support her father in her own way. Check out our five fast facts about Audrey below:

1. Audrey is a social liberal.

She describes herself as socially liberal, according to WTHR. Politically, she said she is independent and voted split-ticket during the first election in which she could participate. And while her father has a staunch stand on opposing same-sex marriage, we’d be willing to bet Audrey is in favor of it.

Look who Audrey and I met while Christmas shopping in downtown Indy… Misfit the Reindeer! pic.twitter.com/GqSGRybuS3

2. Her father respects her differing viewpoints.

“Probably the person I get the most respect from is my dad on that and he has always…he tells me so many times, ‘I am proud of you for having your own opinions and looking into things,’” Audrey has said. Aw! She even voted for him in his gubernatorial election. “Yes, I voted for him. I did vote for him,” she said. “He proved himself to me.”

3. Despite her dad’s political career, she and her siblings say they grew up “normal.”

Audrey and her sibs say that their lives haven’t been anything too abnormal, despite the fact that their father is a famous politician. The governor also said that keeping his family close together has been the most important accomplishment of his career. Pretty sweet, huh?

Hillary Clinton: See Pics Of Her & Her Celebrity Supporters

Being the youngest Pence child, Audrey is still in college as she only graduated high school in 2013. She currently attends Northeastern University and is majoring in International Affairs, according to her Instagram account.

5. She comes from a very loving family.

Audrey’s mother, Karen Pence, worked as a school teacher for 25 years — impressive, right? And her older sister, Charlotte, is a film maker who graduated from DePaul University in 2016 after studying Digital Cinema and English. And last but not least, Audrey’s older brother, Michael, attended Purdue University and decided to join the Marines. In 2015 he became a second lieutenant, The Marine Corps Times reported.

What do you think about the possibility of Audrey’s dad becoming our next vice president, HollywoodLifers?