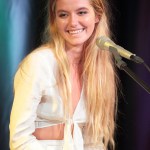 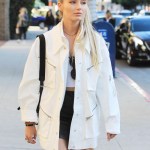 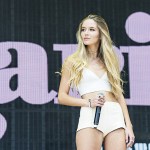 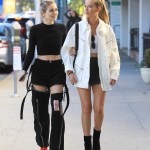 Omg! When we saw Selena Gomez kissing the beautiful blonde Ruby Carr on Snapchat on the 4th of July, we were stunned! We needed to know more about the bombshell, so we did our research to share 5 things to know about her with you! Check them out, here.

We’re still reeling from that shocking video of Selena Gomez, 23, kissing Ruby Carr, 19, on the mouth at her 4th of July party! Obviously Ruby is stunning, but we wanted to know more about her, so we put together a list of 5 things to know about the cutie! Check it out, right here.

1. She’s in a band. Ruby is in the girl group Bahari, who just released their first single “Dancing On The Sun.” She is the vocalist and keyboard player for the band, which is like so cool we could die.

2. She and Selena share a record company. Bahari is signed to Interscope Records, which is the same company Selly is signed to. That might very well be how she and the blonde beauty know each other. The band also opened for Selly for a little while during her Revival Tour, which is probably why they got the invite to her party.

3. Her first language is Swahili. Ruby was born and raised in South Africa, where her parents worked on a wildlife conservation. She learned Swahili as her first language, way before English. How cool is that?!

4. She’s also an actress. Ruby had a short stint as an actress, when she appeared in three movies from 2005-2009. She was just 8 years old when she starred in Mom at Sixteen. She was still just a girl in The Tenth Circle and Jesse Stone: Thin Ice.

5. She writes songs about her life. “We’re very lyrically driven,” she told ABC 21 Alive. “So a lot of our influences behind that song were to try and spread our message and tell people to live in the moment and be the best that you can be,” she explained of her first single Dancing In The Sun. We love her openness!

HollywoodLifers, what do you think of Ruby? Share your thoughts with us!