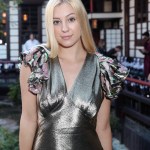 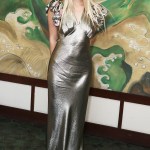 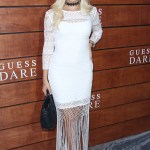 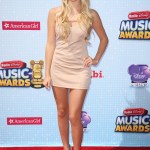 Model and actress Ava Sambora is one of the hottest young rising stars right now! Learn more about Heather Locklear and Richie Sambora’s beautiful daughter and her career!

1. She’s a budding actress. Under the name Ava Locklear, Ava Sambora, 20, has done some excellent acting work. She recently landed her first starring role in the Lifetime movie Mommy Be Mine. She played Summer, a girl who mysteriously disappears, and her mother discovers that something’s not right with her BFF. She also had a small part in This is Forty, as one of Sadie’s friends, and played the grown-up version of baby Charlie in a 2013 episode of Good Luck Charlie. Remember that?

2. She’s an up-and-coming model. Ava’s Instagram feed is full of gorgeous pics that show off her modeling chops. Ava posed for and was profiled by Teen Vogue in 2015. In the interview, she revealed some of her music tastes. “I really like rap and alternative, like The Weeknd, and I can do a little bit country,” she said. “I like girl artists, like Miley Cyrus, and I’m also really into Zedd.”

3. She’s the daughter of Heather Locklear and Richie Sambora. That’s right, Ava is the daughter of a Melrose Place alum and a Bon Jovi member. No wonder she’s so talented; it runs in the family!

4. She’s a sister! Ava was a member of the exclusive Loyola Marymount University Alpha Phi chapter. They call themselves, “The First and the Finest,” because they were the first sorority on campus. You can see her and her friends getting ‘sratty on their Tumblr page!

5. She’s a reality star. Ava is a cast member of YouTube reality series Summer Break. The plot surrounds a group of teenagers from Los Angeles, California, spending their last summer together before going off to college. Ava appeared in Season 3.