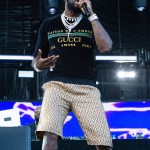 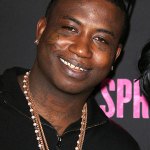 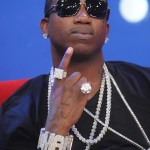 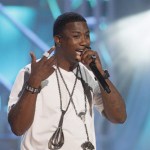 So sweet! Even though they are no longer together, Gucci Mane’s ex girlfriend, Masika Kalysha, shared a touching message to welcome him home from prison. Click inside to see it!

Gucci Mane, 36, is being welcomed back to freedom by his ex-girlfriend, Masika Kalysha, 30, now that he’s been released from prison. In a sweet Instagram post with a throwback photo, Masika warmly congratulates her ex on his return home after almost three years of jail time.

He’s free, and everyone he’s ever loved could not be more happy about it! Gucci Mane was released from prison on May 26 in Indiana, and even though he’s reportedly been sentenced to a few months of house arrest, all of his friends and family are rejoicing that he’s home. Surprisingly, that also includes his ex, Masika Kalysha, who recently had a baby with another rapper you might know: Fetty Wap.

“Trap goat,” the caption reads along with a goat emoji. “Welcome home.” The picture appears to be a throwback to when they were together, with Gucci standing next to Masika who is seated and staring up at him lovingly. So sweet!

Gucci is seeing someone else now, Keyshia Ka’Oir, and it was because of her Snapchat videos that fans found out the rapper had been released. Shortly after she also posted a video of his sexy new abs on Instagram, in which she also demands he take off his prison boxers. Check out that video by clicking HERE.

As Gucci continues to be welcomed home by those he loves, rumor has it he is also preparing to drop a new mixtape. Fans started speculating that he would release new music the night he was released, but then the rumors started saying that he wouldn’t be doing it until the following day. Hmm. Fingers crossed a mixtape is on it’s way!

Tell us, HollywoodLifers — Are YOU glad that Gucci Mane is out of prison? Comment below with your thoughts!