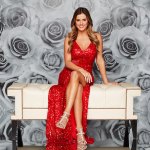 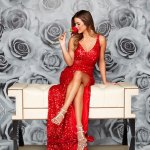 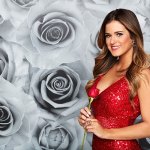 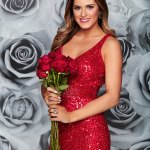 It’s JoJo Fletcher’s night to shine as the newest Bachelorette, and of course Jimmy Kimmel made sure to watch and handicap the race for her love. Keep reading to see who he thinks will end up receiving her final rose.

With JoJo Fletcher, 25, now officially handing out roses on The Bachelorette, that means it’s time for Jimmy Kimmel, 48, to do his usual premiere night prediction of who will end up capturing JoJo’s heart for good. Keep reading to see who his finalists are and who he thinks she’ll end up with.

Jimmy and his wife Molly always watch the first episode and immediately make their picks for who will ultimately be the final suitors looking for the Bachelor or Bachelorette‘s final rose. So now that they’ve seen JoJo’s 26 potential fiances, here’s who Jimmy — or rather who his wife whose guesses he takes credit for —  thinks will end up getting far with beautiful JoJo.

The final four this season are, “Green Bay Packers Quarterback Aaron Rodgers‘ brother Jordan. She said she likes his butt and that’s important.” His next pick was, “Chase, he’s a good-looking guy…they showed his reactions a lot and that’s a good clue he’ll be in it for a while.” Wow! Good observation.

Next up he chose two fellow Texans for JoJo. “Robby, he brought a bottle of wine, he says ma’am, he’s from Texas so that will at least get him to the fantasy suite,” and Luke because “he showed up on a unicorn” and he gave her cowboy boots. But who is ultimately going to be the man who JoJo will fall for hard and want to marry? Drum roll please…….it’s Jordan!

In Bachelor Ben Higgins‘ season, Jimmy and Molly picked JoJo would win Ben’s heart, which did happen when told her he was in love with both her and fellow finalist Lauren Busnhell, 25. But they thought JoJo would get the final rose that instead that went to Lauren. Womp womp, so close! In fact, Jimmy and Molly have correctly predicted three out of the last four winners of the show!

While JoJo wasn’t there in studio, she made her presence known in a cute skit where she sat around on the sofa in her various little tank top and shorts drinking wine and yelling at herself on the TV during The Bachelorette. “Do not kiss him,” “He is not there for the right reasons,” “Nice tie, go hang yourself with it,” and “This girl is an idiot!” Hah! We can’t wait for when she finally drops by the show to dish on all the men.

HollywoodLifers, what do you think of JoJo as the Bachelorette? Who do you think she’ll ultimately give her final rose to?