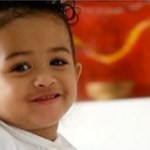 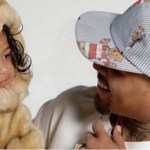 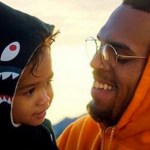 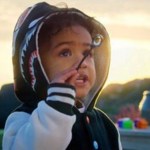 Uh-oh! Chris Brown is still not over the pic Nia Guzman posted of their daughter, Royalty, and he doesn’t plan on letting it go anytime soon. A source tells HollywoodLife.com EXCLUSIVELY that he’s taking serious action to protect his daughter.

No more pictures! Chris Brown, 27, is not letting Nia Guzman get away with the picture she posted of their daughter Royalty, 2. He doesn’t want his daughter sexualized in any way, and to make sure it doesn’t happen again, he’s laid out some guidelines — or else! HollywoodLife.com has the EXCLUSIVE here!

“Chris has seen just how fast some of these girls grow up in LA and the last thing he wants is for his daughter to be over sexualized on social media,” a source tells HollywoodLife.com EXCLUSIVELY.Although Royalty is going to grow up in the limelight because of who her dad is, the singer doesn’t want her to lose sight of being a kid, which is why he was so upset when Nia posted a picture of her posing in a tutu.

The “Little More” singer already expressed his disapproval of the picture on Instagram, but he doesn’t want another incident like this to happen again.  “He’s already told Nia that he wants full photo approval of all RoRo pics she posts on social media,” our source continued. And he means business! “If Nia doesn’t comply, he won’t be giving her any more money other than what the courts have told him to give her for Royalty,” our insider added. “Chris is serious. That’s his daughter and as the proud father he is, he wants to protect her image and let her enjoy being a child.”

It’s so sweet that Chris really wants to look out for his daughter and preserve her childhood, but it seems a little harsh. After all, Nia claims that she wasn’t even trying to sexualize their daughter in the first place. “If anybody thinks something is wrong with a baby…mad at the world in dance class…in her TUTU…U need to go pray! #Namaste,” Nia fired back at Chris after he accused her of dressing Royalty “like she was 16.”

Chris and Nia don’t have a good track record when it comes to co-parenting.  Although the two have agreed to a joint custody, they have often been caught hashing out their differences on social media. But hopefully for Royalty’s sake, they can come up with  a plan that works best for both of them.

HollywoodLifers, do you think Chris Brown is doing the right thing, or is he overreacting?