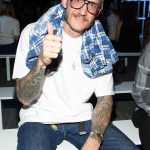 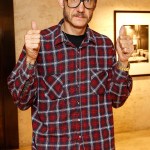 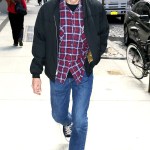 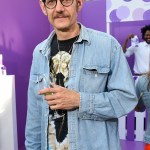 Wow — this is QUITE a tribute! Terry Richardson posted a super intimate portrait of longtime girlfriend Alexandra Bolotow to Instagram in celebration of her first Mother’s Day. And while the photo certainly had a sweet message, it was also a bit TMI. Check out the revealing photo right here!

Terry Richardson‘s, 50, girlfriend, Alexandra Bolotow, 32, bared all on Instagram in an exposing pic that Terry posted on May 8. As a tribute to the new mom on her first Mother’s Day, Terry’s photo featured Alexandra breastfeeding their twin sons at the same time! And let’s just say she showed off MORE than just a little skin.

“#1 Mom,” the world famous photographer captioned the raw image of Alexandra breastfeeding their newborn sons, Rex and Roman. The new mom was shot makeup-free and completely natural as she cradled each boy in her arms while totally topless and reclining in bed.

Just a week earlier, Terry shared an Instagram of Oscar-winner Jared Leto, 44, spending quality time with the boys. In the caption he referred to the actor as “Uncle Jared,” aw! What precious little babies — we’re sure Alexandra enjoyed her first Mother’s Day!

Alexandra gave birth to the twins back in March, and almost immediately after, Terry posted a beautiful candid shot of his new family. “Watching this woman rock it through an insane delivery and push out our babies was the most intense, inspiring, exhilerating, and humbling experience of my life. So blessed and grateful for this sweet family,” he captioned the photo of Alexandra holding their sons close. Aw!

What do you think of this wild pic, HollywoodLifers? Are you shocked Terry posted it?