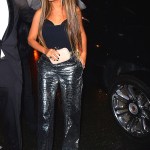 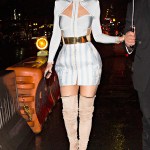 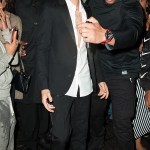 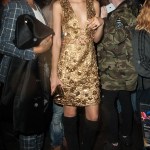 Kristen Stewart has ‘come to terms’ with splitting with Soko, and she has Robert Pattinson to thank for solidifying her decision to call it quits. HollywoodLife.com has the EXCLUSIVE inside scoop.

Reuniting with Robert Pattinson, 29, at the Met Gala on May 3 helped Kristen Stewart, 26, realize what she was missing in her relationship with Soko and why having a “soul bond” is what’s most important. HollywoodLife.com has all the EXCLUSIVE details!

Just days after attending the Met Gala, Kristen and Soko split up. Did Rob play a role? “Seeing Rob at the Met Gala helped Kristen come to terms with ending her relationship with Soko. She realized that she still hasn’t found that deep connection with anyone since she was with Rob,” an insider tells HollywoodLife.com EXCLUSIVELY. Wow, that’s amazing that their connection continues to run deep after all these years.

“He was like her soulmate and that’s what she’s looking for in a relationship. Hanging out with Rob, even for just a small amount of time, reminded her that what she’s really yearning for is a soul bond. She’s ok with holding out until she finds that kind of love.” Kristen does deserve the very best!

HollywoodLifers, do YOU think Kristen still has feelings for Rob? Are YOU surprised she ended things with Soko? Tell us what YOU think!