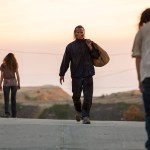 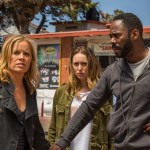 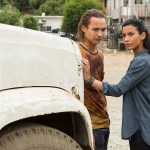 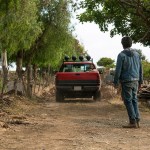 Yes, that really was Jesse McCartney wielding a handgun and hijacking the Abigail on ‘Fear The Walking Dead’s May 1 episode. Just wait until you see the wild reaction viewers had on Twitter when they realized it was him.

On the May 1 episode of Fear The Walking Dead, a surprisingly familiar face put our group of survivors in serious danger. Jesse McCartney, 29, boarded the Abigail and held the group at gunpoint in an attempt to steal the massive yacht for himself, but instead he broke the internet.

No, your eyes were not deceiving you as you watched Fear The Walking Dead on Sunday night, May 1. The bad guy that looked a little bit like an older version of everyone’s favorite former Dreamstreet singer, Jesse McCartney, was, in fact, Jesse McCartney. It was a totally unexpected and totally brilliant cameo!

Jesse portrayed Reed, a friend of Jack (Daniel Zovatto) who FTWD viewers knew only as the voice of the young man Alicia (Alycia Debnam-Carey) befriended over the radio. Reed, Jack, and their pregnant lady friend board the Abigail in the middle of the night by rowing right up to the mini-deck in the back. The pregnant woman appears to be in distress, so Madison (Kim Dickens) immediately rushes to help her while the two guys try to convince everyone they are not there to cause any trouble.

It’s not until Alicia comes up from below deck and recognizes Jack’s voice that she realizes what’s going on, and the second she says his name out loud the you-know-what hits the fan. Reed and Jack knock Travis (Cliff Curtis) and Daniel (Ruben Blades) out, then tie them up in the yacht’s cabin area. Meanwhile, the pregnant woman slams Madison’s forehead into a mirror and knocks her out, then brings her up to the cabin to sit with everyone else.

Unfortunately for Jesse, the group eventually take back the boat… and he gets impaled with a sharp object. Ouch.

Of course, a JMac cameo on Fear The Walking Dead caused a ruckus on social media. Not only was he trending for a while, but fans of the show who recognized him were totally freaking out once they realized it was really him. Check out the hilarious tweets below:

its the apocalypse indeed..

When you're watching fear the walking dead and then Jesse McCartney comes on. pic.twitter.com/yQJULFBo5E

Jesse McCartney what happened to you!! 😱 #FTWD

Tell us, HollywoodLifers — What did YOU think about Jesse’s performance on FTWD? Were you shocked to see him playing the bad guy? Comment below with your thoughts!